U21 Euro 2021 final on Free TV and Live stream: Germany vs Portugal 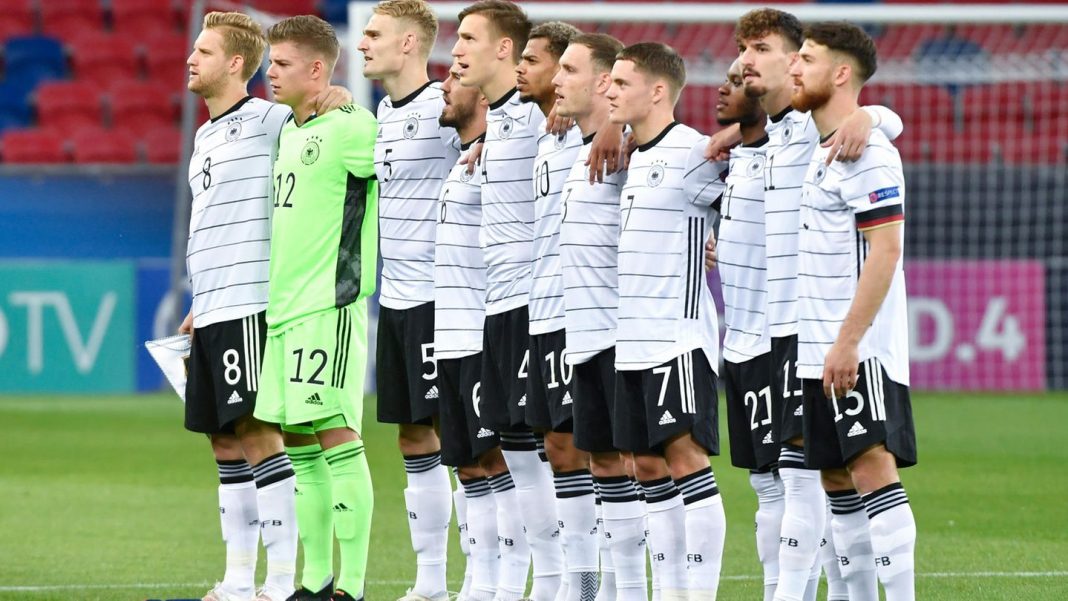 Germany vs Portugal
U21 Euro 2021: How to watch the final on Free TV and live stream

In the final of the U21 Euro 2021, Stefan Kuntz’s eleven will be competing for the title against Portugal. The game is freely broadcast on TV and can be seen for free via live stream.

The title is within reach: After the 2:1 victory thanks to a double pack of Florian Wirtz over the Netherlands, the German U21 is in the final of the Euro 2021-and for the third time in a row. The opponent of the eleven of coach Stefan Kuntz is Portugal, which prevailed in the Iberian duel against defending champion Spain.

The match will take place on Sunday, June 6, in the Slovenian capital Ljubljana. Kick-off is at 9pm. Good news for fans:The game can be seen on Free TV, will be broadcast on ProSieben. Online it can be live-streamed for free on ran.de be followed.

First black national player on racism: “With the same performance, the white gets the preference”


After winning the semi-final against “Jong Oranje”, the DFB youth can compete with a broad chest: Bayer Leverkusen’s top talent Florian Wirtz shot after a fantastic combination first with the 1:0 only 30 seconds after the kick-off a lightning goal to the lead and put in the eighth minute with the 2:0 after. The opening goal of the Dutch in the 67th minute made the Kuntz eleven tremble again, ultimately it brought the victory over time.

Final opponent Portugal won over the big neighbor thanks to an own goal by the Spaniard Jorge Cuenca and a good dose of luck, thus preventing the restart of the finals of the previous two tournaments.

In the run-up to the tournament, the Germans were not necessarily considered favorites. The fact that they came through the two-part tournament so well in the end (the preliminary round took place in the spring), coach Stefan Kuntz notes, among other things, the greater number of leading players compared to the previous tournaments. There is also something else: “And the team spirit – that is already outstanding,” says Kuntz. A bit of luck from a German perspective, it was also certain that more players from teams such as France or England were called into the A-teams of their associations. Kuntz had to do without Kai Havertz. On Sunday, all this does not count. Only the title counts.