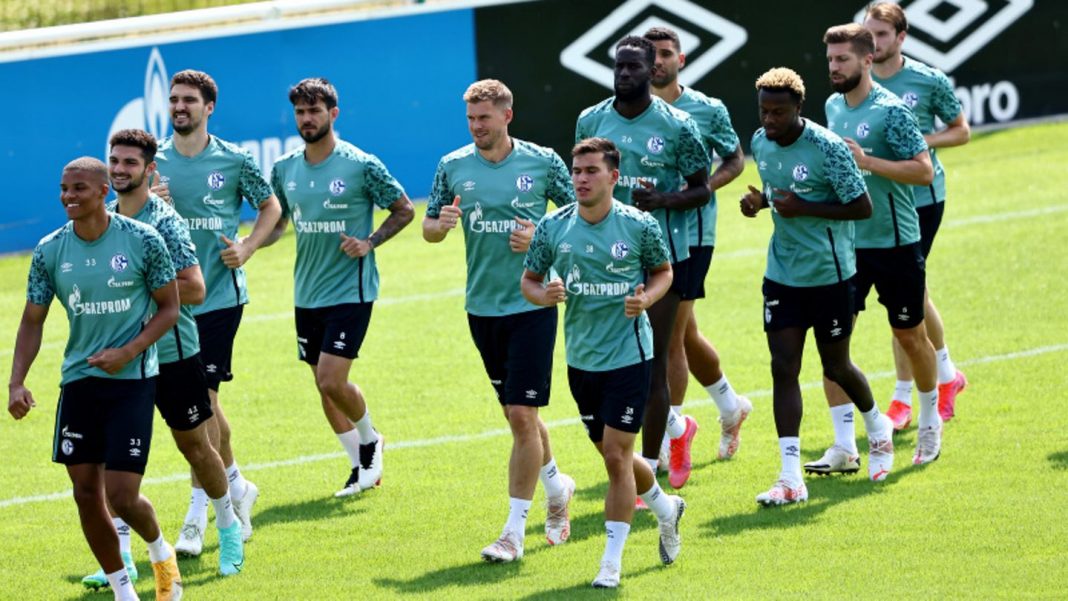 2. Bundesliga
Schalke, Werder, HSV-who will make it out of the best second division of all time?

It is probably the most top-class occupied 2. Bundesliga of all time. Schalke, HSV, Bremen-they are all fighting for promotion. On Friday evening, the season starts with the top game between Schalke and Hamburger SV.

Shortly after the end of the European Football Championship, the national leagues are already in the starting blocks. While the Bundesliga professionals only acclimatize to the competition mode in two weeks in the DFB Cup, various traditional clubs start this weekend in a gripping second league season. Unlike in previous years, there are no public promotion demands of the three favorites from Hamburg, Gelsenkirchen and Bremen before the start.

Understatement, caution and prudence prevail, especially with the two Bundesliga relegators, because some possible surprise teams also reckon with chances in the fight for the coveted Bundesliga places. “I can not and will not promise you an immediate resurgence or victories in series,” said Schalke’s sports director Peter Knäbel at the general meeting of the Revierclub, which will start on Friday (20.30 Clock/Sky and Sat.1) immediately meets Hamburger SV.

Schalke 04 is a clear favourite

The already defensively formulated Schalke promotion aspirations were further clouded at the beginning of the week. Regular goalkeeper Ralf Fährmann is out for the opening game due to a corona infection. The rest of the squad tested negative several times. But despite the short-term illness and the great upheaval in the squad, Schalke is considered a top team. The competitors also see it that way. “I believe that Schalke will be on top,” said Werder Bremen’s new coach Markus Anfang. The advantage of the Schalker was that the club was able to prepare for the transition to the 2nd league early on.

First black national player on racism: “With the same performance, the white gets the preference”


In Bremen, the team will change some positions until the transfer deadline on 31 August. Beginning warns of too high expectations. “We simply must not put the resurgence above the reconstruction here,” said the 47-year-old, who has gathered plenty of second-division experience at Holstein Kiel, 1. FC Köln and Darmstadt 98.

Even at HSV, who lost their goalscorer Simon Terodde to the competition from Schalke, the expectations are a little more modest after three fourth places and strong competition. However, the new head coach Tim Walter is considered extremely ambitious. Former HSV coach Frank Pagelsdorf believes that the pressure is not quite as strong, but the competition for it all the more. “This will be the toughest second division season ever. It has become immensely more attractive, ” said the 63-year-old.

Who are the secret favorites?

Behind the prominent trio lurk the outsiders, secret favorites and surprise teams Heidenheim, Nuremberg or St. Pauli. Almost half of the league relies on new coaches, especially young ones. The average age is about 41 years, seven coaches are under 40. Thus, the second league five of the previous season, Fortuna Düsseldorf, in Christian Preußer committed a 37-year-old head coach.

Preußer comes from the Freiburg football school and has risen to the 3rd league with the second team of SC. Rise he can. “The league is very strong with well-known teams. We do not want to hide, are ambitious and want to play at the top from the beginning,” said the Fortuna coach at his presentation.

With the rise of the former Bundesliga clubs and GDR champions Hansa Rostock and Dynamo Dresden, two more traditional clubs return to the 2nd league. This provides additional attractiveness, but also worries the guardians of order. The attractiveness of the league will not make for crowded stadiums, because currently a maximum of 25.000 spectators are allowed into the larger arenas, but even this contingent is not fully used. Nevertheless, for example, the Rostock police must adjust to at least seven so-called risk games. One is facing a “challenging season”, said the police authority on the Baltic coast.