EURO 2021
Allianz Arena in rainbow colours? Why Uefa will hardly allow this 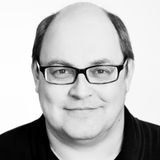 It seems so simple and so positive: for the game against Hungary, the Munich Arena lights up in rainbow colors as a sign against the exclusionary legislation of the Hungarian government. That Uefa will agree to this seems more than questionable.

It should be a visible sign of exclusion and tolerance throughout Europe: The Munich European Championship stadium bathed in rainbow colors, while on the grass Germany meets Hungary in the last preliminary round match on Wednesday. The city of Munich wants it that way, activists and many fans on the net cheer the proposal. They want to protest against what they see as the anti – gay and anti-trans attitude of Hungary’s right-wing national leadership. But the decision lies with the European Championship organizer, the European Football Union (Uefa) – and they may not let their unofficial motto be spoiled by political statements: “The game must go on”, that is. And you could add: whatever the cost.

Accordingly, three days before the game, it is still completely open whether the bright colors, which are considered worldwide as a symbol of tolerance and sexual and gender diversity, will really radiate from the stadium round into the world. Uefa has the final say, and has not yet officially commented on the initiative.

Unclear whether Viktor Orbán will come to Munich for the game

But the football officials will probably have to do that soon, because on Monday the Munich Mayor Dieter Reiter (SPD) wants to call on Uefa with a letter to the rainbow protest. “The OB will write a letter to Uefa tomorrow,” his spokeswoman told the German Press Agency on Sunday. “This is an important sign of tolerance and equality,” Reiter stressed. “The state capital is committed to diversity, tolerance and true equality in sport and in society as a whole,” says a cross-party motion by the city Council, which is not to be formally decided until Wednesday, i.e. match day.

The background to the protest is a law that restricts the information rights of young people with regard to homosexuality and transsexuality, which was approved by the Hungarian Parliament only last Tuesday. The law is considered a particular concern of Prime Minister Viktor Orbán. The demand for a clear sign at the European Football Championship in Germany had become correspondingly loud.

Uefa may need Budapest as a place to avoid

At Uefa, however, they are unlikely to open doors. This was already shown by the investigations that the association made on Sunday because of the rainbow captain’s bandage of Manuel Neuer-even if they were ultimately discontinued because the colorful bandage was not considered a political statement. Such statements are excluded by Uefa and the World Football Association Fifa in the statutes. It is important to keep the game running under all circumstances. Russia and Ukraine are in conflict over Crimea? You do everything that the lot does not lead them against each other. And they have Ukraine remove a clearly political slogan from the European Championship jersey. Israel’s clubs and national team play in Europe, not least to be able to kick despite the conflicts in the Middle East. Corona could endanger semi-finals and finals of the European Championship in London? Uefa is particularly concerned about quarantine exemptions for officials.

Which brings us back to Hungary and Viktor Orbán. Budapest is considered an alternative location in Uefa’s contingency plan should London fail at short notice due to the spreading Corona variant Delta. Even during the Champions League season, Uefa was happy to use the Hungarian capital as a venue to keep the game going. German clubs have also competed there – despite temporarily high incidence values in Hungary’s capital and current corona measures in Germany. Even now, only in the Puskas Stadium European Championship games are held in front of full ranks, and the mood inspires even those who are worried about ignoring the dangers of Corona. 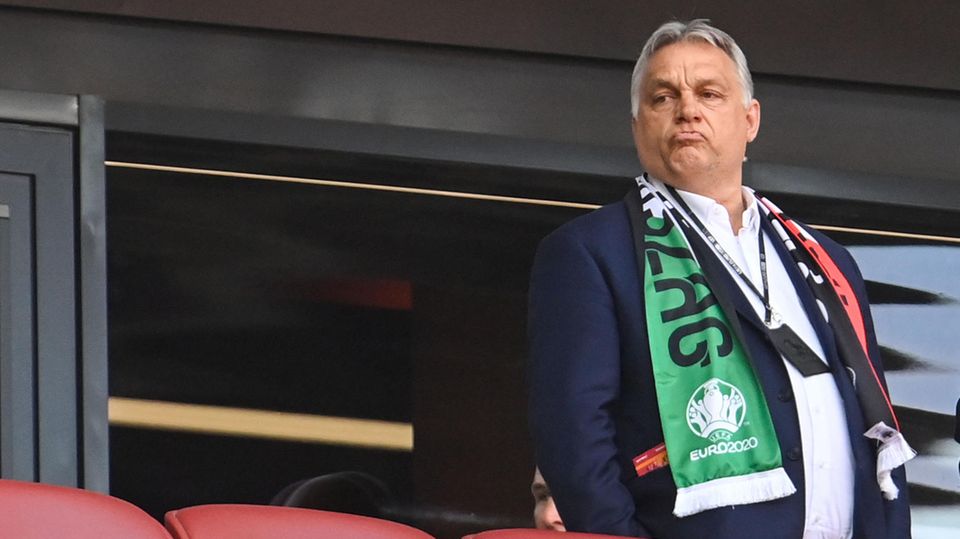 The fact that four games of this European Championship are running in Budapest is considered a success for Viktor Orbán. Football is very important to the Hungarian head of government, they say. In this regard, the head of the ruling Fidesz party is no different from other more or less autocratic leaders who always seek to use significant sporting events for their image gain. And the football associations have always shown little fear of contact in this regard. Examples: World Cup 1978 in Argentina, World Cup 2018 in Russia, World Cup 2022 in Qatar. “The game must go on.”

By allowing the Munich European Championship arena to shine in rainbow colours for the Hungarian team’s appearance, Uefa would clearly and visibly oppose Viktor Orbán and his policies worldwide. It is hard to imagine the federation doing this just at a time when it could be dependent on Orbán if it had to switch to Budapest in the event of a failure of London. Hungary’s head of government, of which the EU is known to sing a song, has not recently been noticed with understanding for the opinion of others. Means: You could suddenly be without a final place for the European Championship.

In the case of Munich, it is therefore to be expected that Uefa will respond verbatim to Mayor Reiter’s letter – for example, in the sense that football stands for tolerance and unites peoples, but that the game of the world should remain a sport and not be used for political purposes. The fact that this, like the Olympic Games, has long since happened and is happening, also through the attitude of Uefa and other major sports federations, is deliberately overlooked.

But who knows: as is well known, football is always good for a surprise, and hope, as is well known, dies last. Perhaps Europe’s football association stands up for its commendable “Respect” campaign even when things get difficult. In this sense: surprise us, Uefa!