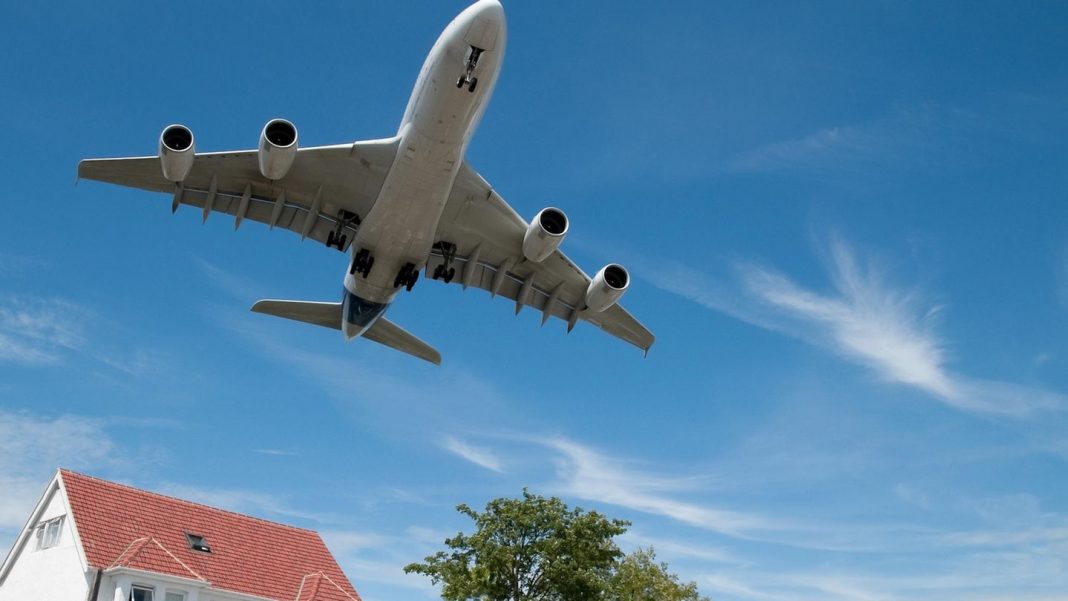 British scientists have developed an extremely light insulation material. With it, aircraft engines are to be insulated in 18 months, the noise pollution from jets would decrease massively.

Air transport is currently under pressure. On the one hand, there is CO2 emissions and, unlike in the case of cars, no climate-neutral alternatives are currently in sight for aircraft. Older than the concern about the climate is the anger about aircraft noise. The snow of an airport transforms vast areas into areas where the inhabitants on the terrace do not understand their own word. No wonder airports are quite unpopular and are subject to increasingly stringent requirements.

Propeller and gliding so the Her0 flies without emissions

A new material should at least put an end to the noise. Scientists have developed an extremely lightweight material that can be used to isolate aircraft engines, reducing noise by up to 16 decibels. The 105 decibels of a starting jet engine are then reduced to the level of a hair dryer, says the study published in the journal “Scientific Reports”.

It should be noted that the reduction of 16 decibels does not correspond to only 15 percent less volume. Depending on the type of noise, an increase of between 6 and 10 dB is perceived as a doubling of the volume. In the example, the volume would decrease by two-thirds. 105 dB is not tolerable nearby, 90 dB is also not pleasant, it is approximately equal to the noise level of a passing truck. However, since the distance to the runways is far greater, the noise pollution of an airport should then be significantly below that of a country road.

The insulation only affects the noise of the turbine and would be particularly noticeable during the starting process.

The material is a so-called graphene oxide polyvinyl alcohol aerogel. The peculiarity is the weight of only 2.1 kilograms per cubic meter, so it it is significantly lighter than other sound-insulating materials.

The study comes from the “Materials and Structures Center” (MAST) of the University of Bath. Aviation is just one of the possible applications, even in the auto industry, the material could save weight. “This is a very exciting material that could be used in a variety of ways – initially in aerospace, but potentially also in many other areas such as automotive and marine transport, as well as in construction,” said study leader Professor Michele Meo.

Report of the Week

Is it really love? Michèle has a relationship with a Boeing 737-800

“We managed to create an extremely low density by using a liquid combination of graphene oxide and a polymer, which is then molded with air bubbles and freeze-cast. At a very basic level, the technique can be compared to whipping egg whites into a meringue – it is firm but contains a lot of air, so there is no weight or efficiency disadvantage to achieve great improvements in comfort and noise.”

The engineers assume that the aerogel could be used in jet aircraft within just 18 months.

Without fuselage and without tail unit – the Horten Ho 229

The dream of eternal flying – this drone never has to land