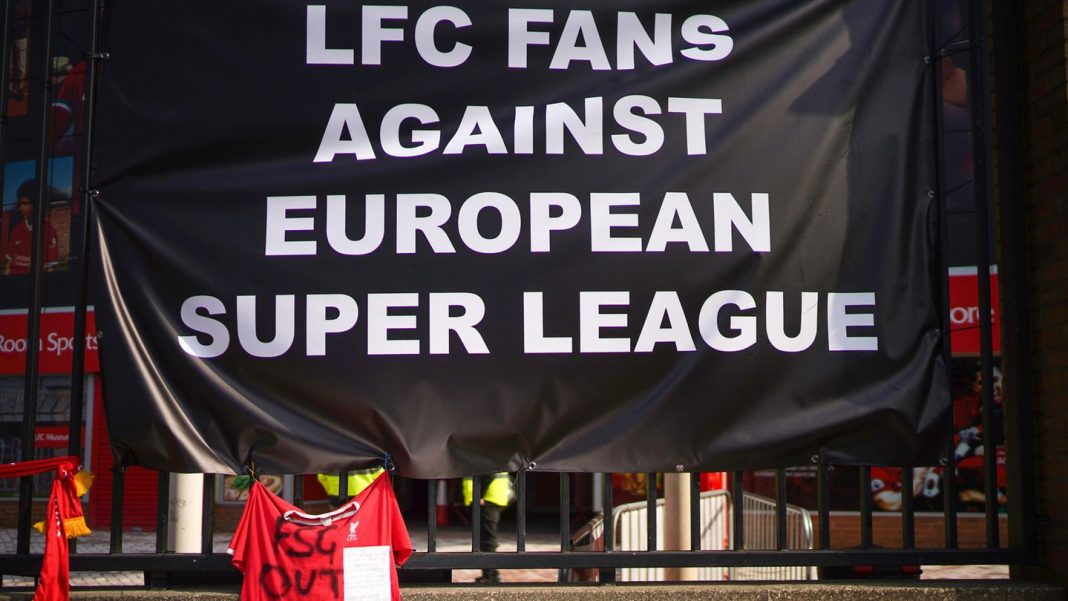 The plan for a Super League splits European football. The rejection was almost unanimous throughout Europe. Nevertheless, the breakaway associations want to carry out their plan – the most important answers.

In European football, nothing is as it was. The announcement of a Super League in an almost closed system with 20 clubs has caused a wave of anger that is spreading throughout Europe. In England, the six clubs involved in the creation of the new competition already have a nickname gone: they are disparagingly called “the dirty dozen”.

Whether the Super League will come and in what form, is open. It is considered certain that courts and trials will play a major role. The consequences for the twelve founding members are not clear either – there have been no more than wild threats towards Real Madrid or Manchester City. Only one thing is clear: Bayern boss Karl-Heinz Rummenigge will play an important role when it comes to pacifying the conflict. There are numerous open questions, here are the most important answers:

What is the state of affairs?

It is completely unclear how and when the Super League will start. Only one thing is certain: the initial financing is secured. The US investment bank JPMorgan is available as a lender. The New York-based company confirmed this on Monday. According to the founding declaration, participants will receive “an amount of 3.5 billion euros intended exclusively for the development of their infrastructure and to cushion the effects of the COVID pandemic”. So the money is already safe. 20 Clubs are planned. So far, however, only twelve clubs are firmly involved, so eight are still missing.

How serious is the Uefa threat of a European Championship exclusion for top stars of the Super Leauge clubs and the immediate exclusion from the Champions League?

Uefa President Aleksander Ceferin made it clear with sharp criticism on Monday that he wants to ban the breakaway clubs and their players from all Uefa and Fifa competitions immediately. But a European Championship without Cristiano Ronaldo, without Toni Kroos, without Sergio Ramos? And a Champions League triumph for Paris Saint-Germain at the green table after an exclusion of Real Madrid, Manchester City and Chelsea? This scenario is rather unlikely.

It’s not that simple anyway. The founding clubs have already reported on legal steps to protect the company. The question of who can play where goes deep into EU law. Further Uefa discussions on the subject are expected for Tuesday, and the Executive Committee will meet in a video conference on Friday.

Uefa would only massively damage itself with drastic punitive measures in the middle of the corona crisis, ideologically and above all economically. In the agitated mood, however, much seems possible. At least Uefa will maintain the maximum threat level for a while.

What is the position of the German clubs?

The German record champions FC Bayern Munich and Borussia Dortmund have clearly positioned themselves. “FC Bayern did not participate in the planning of a Super League,” said Bayern boss Karl-Heinz Rummenigge. BVB Managing Director Hans-Joachim Watzke said on Monday that the opinions of BVB and Bayern were identical in this matter with those of the club association ECA, which had been clearly criticised.

However, if the signs are growing that the founding clubs are strongly promoting the two long-standing German flagship clubs (and possibly also RB Leipzig), further positioning would also be necessary for the future in order to reassure the fan base. RB Leipzig’s Chairman Oliver Mintzlaff said the club rejected the Super League.

What impact does the Super League have on the transfer market?

For more than a year, club football has had to live with gloomy forecasts and business figures because of the corona pandemic. This would no longer apply to the Super League clubs, with a total of 3.5 billion euros to be distributed to the 15 founding members. If the competition starts in the foreseeable future, the superiority of the top clubs would grow and they could attract professionals with even higher sums. The consequences are not foreseeable.

What role does Rummenigge play?

Karl-Heinz Rummenigge was elected to the executive Committee at the Uefa Congress in Montreux and was a representative of the European Club Association (ECA), from whose members also the founders of the Super League recruit. The ECA is an influential figure in European football. Rummenigge was Chairman from 2008 to 2017. His successor is Andrea Agnelli, who as boss of Juventus is now one of the biggest supporters of the Super League – and therefore was declared persona non grata at Uefa and flew out of the executive committee. “I have never met a person who lied as much as he did,” Uefa President Aleksander Ceferin said of Agnelli. Rummenigge now plays a key role in the conflict. Rummenigge enjoys a high international reputation and was once an exko member as head of the club association.