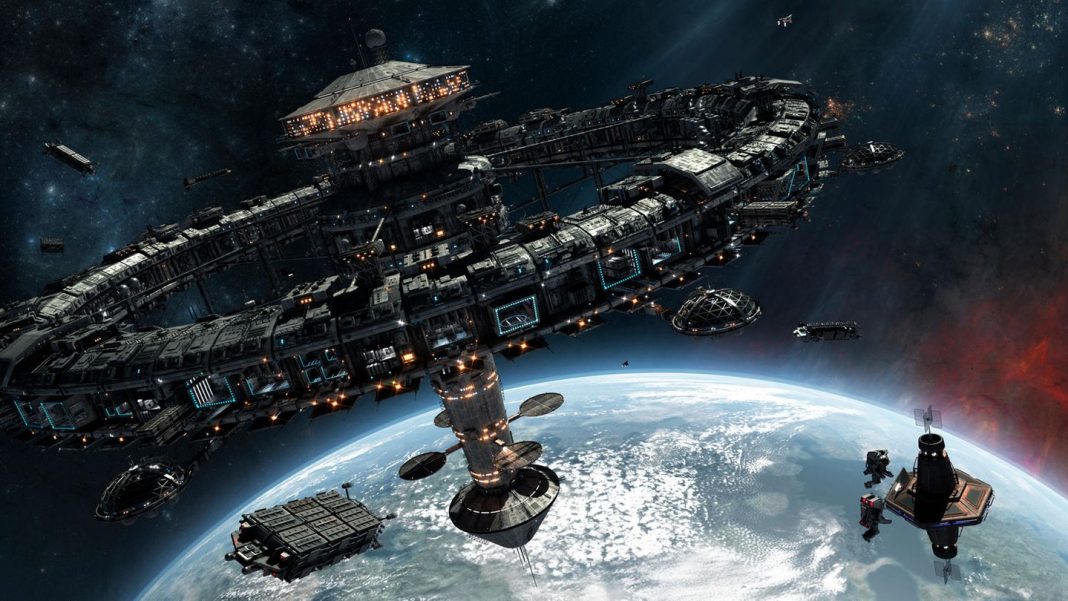 Chinese scientists are working on a spacecraft that also deserves the name “ship”. In a first study, the basic conditions for the construction of such a large structure in space are to be explored.

Compared to the dreams of the space-mad 1960s, the spaceships of today are a single disappointment. Barely larger than survival capsules, they are far from the idea of a ship that crosses infinite space. In China, the National Natural Science Foundation has now called for research tasks to be solved for space. The research plan also includes the construction of giant spaceships, they are described as “important strategic space equipment for the future use of space resources, the study of the secrets of the universe and long-term life in orbit.”

Now, methods of lightweight construction are to be researched so that as little material as possible must be transported into space for such a large structure. The feasibility study is to last five years and may cost more than two million euros. But in order to realize the idea of a spacecraft over 1000 meters long, the researchers would have to have truly revolutionary ideas. With today’s methods, such a construction would perhaps be conceivable in principle – but it would not be possible to finance it. Under no circumstances could such a large spacecraft be mounted on Earth and then launch.

Former NASA chief technologist Mason Peck told ” Live Science “that the idea was” quite feasible.” However, the costs of transporting components into orbit are very high. The construction of the International Space Station (ISS), which is only 110 meters tall at the longest point, cost about 100 billion dollars. The cost of something ten times bigger is astronomical. But Peck also points out that it depends on what you imagine under the spaceship. The ISS is crammed with heavy and expensive equipment. Such a large spacecraft, on the other hand, can initially only provide a largely “empty” structure.

“If we’re talking about something that’s just long and not that heavy, things look different,” says Peck. The empty spaces could also be used by partner companies with their own budget. Peck suspects that the project is about testing new methods of construction in space. So far, all components are built on Earth and only final assembled in space. With a 3D printing technology, however, one would only have to create the compact raw material into space, from which much larger components are then built.

Baikonur-the forgotten tomb of space ferries from the USSR

China is catching up in space

Although there is no gravity in space, structures still have to endure loads. For example, during maneuvers or when docking another spacecraft. Such a shock triggers vibrations, with which such a large structure must deal as intelligently as possible. Michael Lembeck, professor of aerospace engineering at the University of Illinois at Urbana-Champaign, does not believe in the construction of the mega spacecraft. “It’s kind of like we’re talking about building starship Enterprise. It’s fantastic, not feasible, but it’s fun to think about.”He assumes that the first study is little more than a well-founded brainstorming for such a project.

Currently, China is building at the space station Tiangong. When completed, it will be about a quarter the size of the International Space Station (ISS).