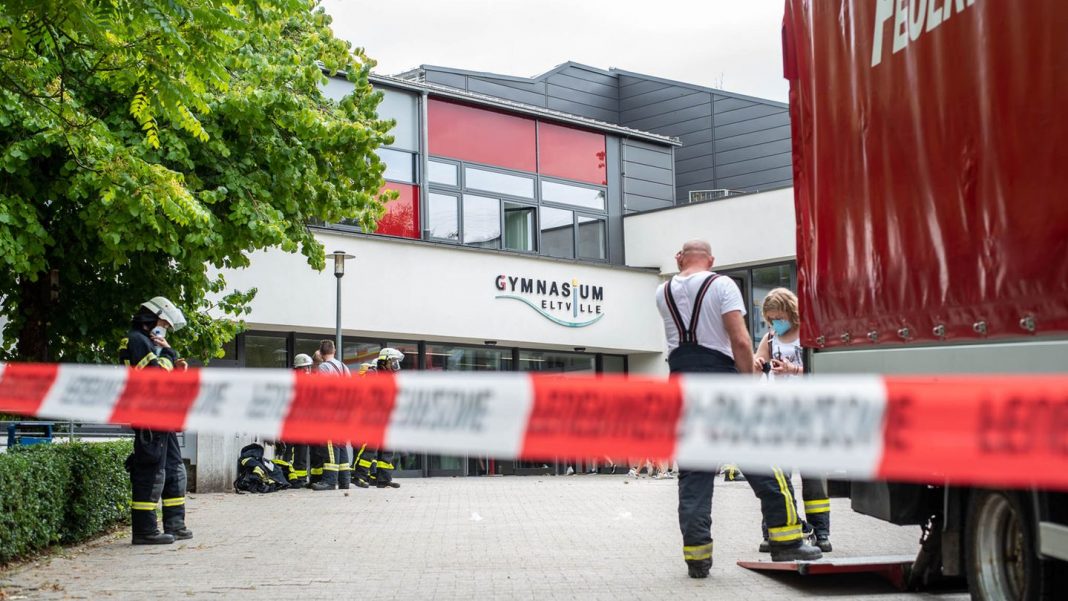 Several students from a high school in Eltville were taken to a hospital on Friday morning for respiratory problems. What is behind the incident is still unclear. The police are investigating.

A high school in Eltville on the Rhine was evacuated on Friday after numerous students experienced breathing difficulties. A spokesman for the volunteer fire department Eltville reported 36 injured. Ten of them were taken to the hospital, including two firefighters and a school employee. The exact cause of the breathing difficulties was initially unclear, according to initial findings they could have been triggered by mixed cleaning agents.

Several children were taken to the hospital for observation in the morning, but were not seriously injured, said school principal Angelika Morschheuser of the German Press Agency.

Initially, there was a suspicion that irritant gas was the cause. According to a police spokesman, however, this was probably not the case, although it could not be completely ruled out. It was probably fumes from mixed cleaning agents.

“When the emergency services arrived, the school building, in which there were about 850 people at that time, was already largely evacuated,” said the Rheingau-Taunus Police Department. The fire brigade took air samples and gave an initial all-clear after measurements. The students had returned to their classes and then started on their way home. The police investigation continued.