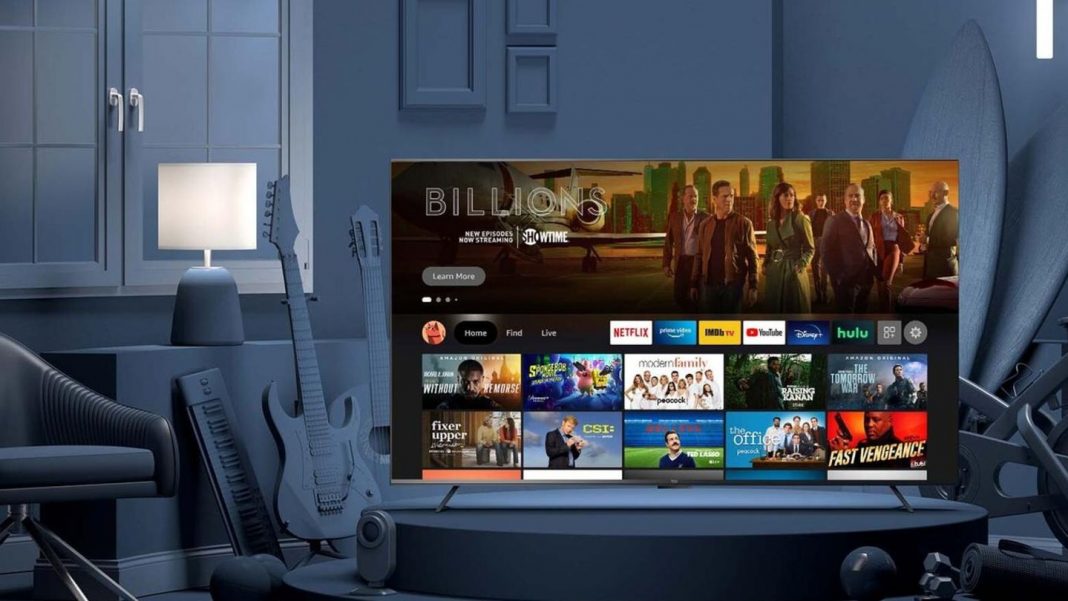 With the FireTV, Amazon made millions of TVs smart. Now the Group goes one step further – and offers full-fledged TVs as its own brand.

Diapers, batteries, charging cables or T-shirts: More and more products on Amazon are private brands of the mail order company. But the latest development goes a big step further: Instead of limiting itself to streaming sticks and collaborations in the TV sector, the retail giant now also has a series of its own TVs on offer.

The group announced this with its latest innovations to the popular FireTV products. In addition to the streaming sticks and boxes, Amazon now also has a series of TVs with Amazon branding on offer, which are offered under the names “Amazon Fire TV 4” and “Amazon Fire TV Omni”.

In terms of price, the devices are very attractive. The FireTV 4 is available in three sizes 43, 50 and 55 inches, prices range from 370 dollars (310 euros) to 520 dollars (440 euros). The Omni models in the same screen diagonals cost 40 dollars more each, in addition, there are two larger models in 65 inches for 830 dollars (700 euros) and 75 inches for 1100 dollars (930 euros). All devices are expected to go on sale in October, unfortunately initially only in the USA.

The Omni devices stand out above all due to the slimmer design and the slightly narrower edge around the display. Technically, the smaller FireTV 4 and the same-sized Omni devices differed according to the previously known data only in one point: The Omni devices also bring microphones that enable hands-free control via Amazon’s voice assistant Alexa. The situation is somewhat different with the two larger Omni devices: They also bring added value in image technology. All devices offer 4K resolution as well as HDR standards HDR10 and HLG. Only the two high-end models have support for DolbyVision.

Although Amazon also manufactures other devices itself, it is likely that the new devices are mainly relabeled TVs from a third-party manufacturer, which had also pierced internal reports before. As a result, the Amazon TVs are devices from the production of the Chinese concern TCL. This is also indicated by the identical arrangement of the terminals on the rear side.

Battle for the US market

For Amazon, entering the TV business is all about making the FireTV’s own user interface the standard interface of the TV. While the interface is interesting for users primarily because of the open design and the fast response time as well as the support of Alexa, it offers Amazon a completely different advantage – namely the option to boost the sale of the premium subscription Prime as well as individual films and series that are prominently offered via the interface.

While Amazon has clearly prevailed in Germany with the streaming boxes, one is in the home only on place 2.The service provider Roku dominates the trade with streaming boxes there, in addition, the Roku operating system is also used by many TV brands, including TCL, because of its popularity. With its own, very cheap TV brand, Amazon could now try to break the dominance.

It is not the group’s first foray into the TV market. At the beginning of the year, a TV set was offered for the first time under the own brand Amazon Basic, but only on the Indian market. Already in 2019, the group presented TVs with the Fire operating system at the IFA, but they ran as so-called editions from manufacturers such as Medion. Amazon continues to pursue this model: together with the new Fire TVs, cooperation with Toshiba and Philips was also announced. Whether and when the new Amazon TVs will also come to Germany is not yet known.