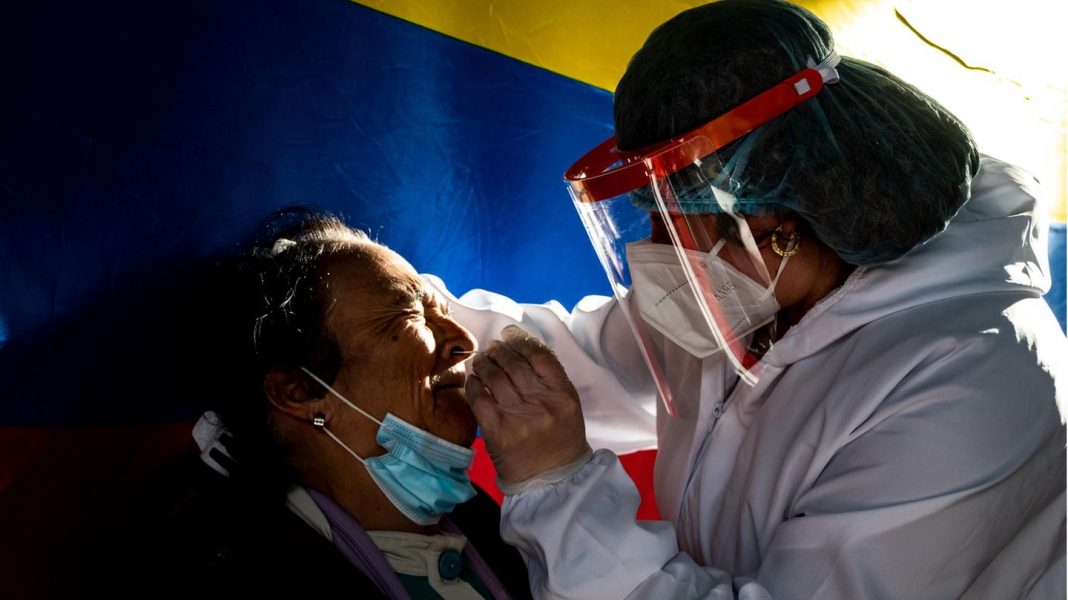 In Colombia, the corona variant Mu is already predominant, but it is now also increasingly spreading in other countries. Now there are again indications that the variant could be more resistant than all other variants.

The virus variant Mu is not unknown. It was first identified in Colombia in January. In the South American country, it is now considered predominant. Meanwhile, the variant has also been detected in other South American countries as well as in Europe. The World Health Organization (WHO) classifies Mu as a “variant of interest”. It may be more resistant than other variants. Now health expert Karl Lauterbach also points to Mu.

“Mu variant found in Japan is more resistant to biontech or antibodies recovered than ALL other variants,” Lauterbach wrote on Twitter. And further: “If a variant like Mu also mutates too high contagion, that would be extremely dangerous. With billions of unvaccinated at any time possible.”In his post, he refers to a study conducted by a research group from Japan. In this study, the researchers compared the different spike proteins of Sars-CoV-2.

Corona diary of a clinic manager:”In the middle of the pandemic, hospitals are closed”


They conclude that the spike protein of the Mu variant is” more resistant to serum-mediated neutralization “than all other currently recognized variants of interest, as well as” worrying ” virus variants. The study has so far only been published as a preprint and has not yet been reviewed by independent experts.

Between April and June, the virus killed around 700 people a day in Colombia. The highly contagious Mu variant was detected in almost two thirds of the tests for corona deaths. In an interview with a local radio station, Marcela Mercado from the local health authorities reported that the virus variant was responsible for the deadliest wave of the corona pandemic in Colombia to date.

The virus variant has mutations that suggest it could evade immune protection by natural infection or vaccination, US epidemiologist Maria Van Kerkhove said during a virtual press event on Tuesday. Nevertheless, Kerkhove rates the variant as less dangerous than the Delta variant. “The delta variant is the most worrying for me because of the increased portability,” she said.

This is also the opinion of WHO colleague Mike Ryan. Every new virus that appears must be able to compete with the “best in class” and that is the delta variant at the moment. These tend to displace other variants such as Mu. “Not every variant means that the sky will collapse,” says Ryan. “Each variant must be examined for its properties, i.e. its potential to cause more serious diseases, its transmission potential and its potential to escape vaccines.”

That viruses mutate is normal. Most mutations are harmless and do not change the properties of pathogens. Against the background of increasing infection numbers worldwide, however, experts fear the emergence of a new virus variant in the case of the coronavirus Sars-CoV-2, which could have an impact on the effectiveness of the available corona vaccines.

The Mu variant is still classified as a variant of interest, should it develop into a “worrying” variant, one must, according to Ryan, “really deal with diagnostics and with how we develop our vaccines”. Currently, the WHO classifies five “variants of interest” and four as “worrying” , including the alpha variant present in more than 190 countries and the delta variant present in 170 countries, which is particularly contagious and now also prevails in Germany.