Schalke in shock: players decide on bet after attacks 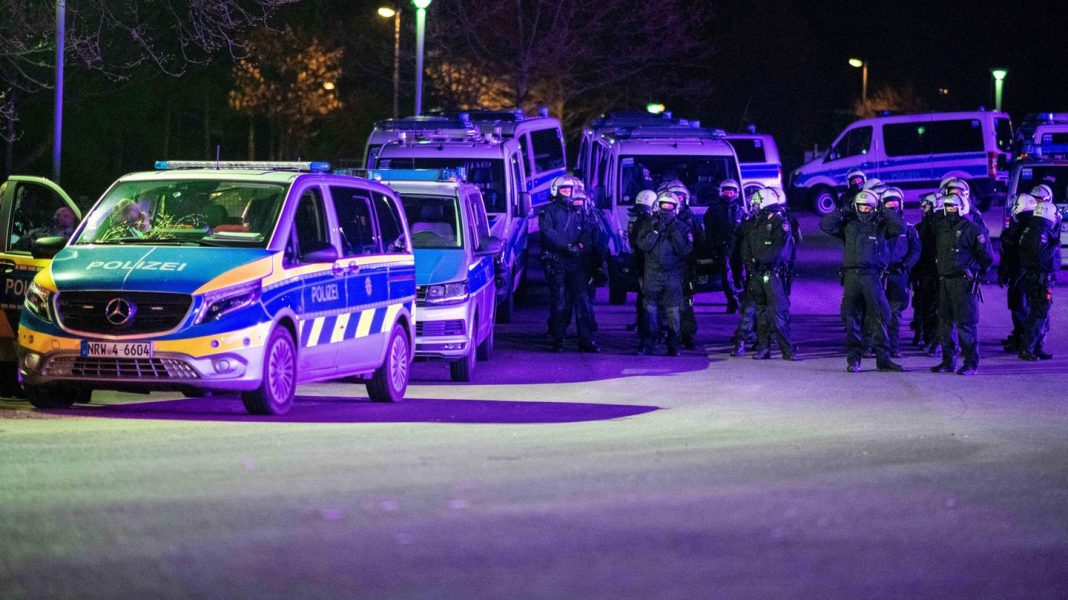 Relegation to the second division
Schalke in shock: players decide on bet after attacks

At FC Schalke 04, the processing of fan attacks continues after the sealed relegation. The players are allowed to decide for themselves whether they play again in the remaining four games.

The loss of Saturday’s game gives FC Schalke 04 important time to process. After a football game nobody would feel like it, not only because of the relegation sealed since Tuesday. The mental processing of the Fan-attacks from the night of Wednesday, is still in full swing, the club is still in shock.

The fact that the match against Hertha BSC was cancelled due to the corona quarantine of the Berliners now gives the professionals plenty of room for an important decision, which Sport Executive Peter Knäbel has left to them. “If someone doesn’t want to play the remaining four games for Schalke, I can live with this position, “the” Bild ” quotes Knäbel. Since the Bundesliga is suspended the following weekend because of the Cup semi-finals,the next game of the Royal Blues is only on 8 May in Hoffenheim. The partial revelations bad scenes are then at least two and a half weeks behind them.

Why Max Kruse, Christoph Kramer and Co. are committed to homosexuality in football

Asamaoh: A colleague lay on the ground and was kicked

“We sent a message: if someone needs help, whether physically or mentally, they should get in touch,” Knäbel told Sky. After the training on Wednesday and Thursday was cancelled at short notice, they now go “into the discussions with the players and try to work out what is to be worked up. If external help is needed, we would use it.”He is indeed” currently assuming that everything goes so far well. But we are sure that it still needs a lot of talks.”

Physically, everyone involved is doing well, says Knäbel. However, team coordinator Gerald Asamoah clearly described the extent of the incidents. Two pictures in particular would have burned themselves into his head. “An employee lay on the ground and was kicked,” reported the ex-national player. And about colleague Mike Büskens he said: “I will never forget the fear in Bujo’s eyes again.”

The Gelsenkirchen police, which reported of “massive aggression” of the 500 to 600 supporters against the Schalkers on their return from 0:1 from Bielefeld, now wants to investigate the events with an investigation commission. However, Schalke has not yet submitted an official application for police protection. “So far, the association has not asked for this, “explained a spokesman for the police in Gelsenkirchen:” But we are preparing a risk analysis either way. And depending on what result we come to, we would also become self-employed.”But Knäbel already announced:” We will train under increased attention.”

DFL Managing Director Christian Seifert, who condemned the attacks of the fans on the team “in the strongest possible terms” and declared that “such a thing has no place in the Bundesliga”, wants meanwhile also a clear statement from the fanbase. “In recent months, numerous developments in professional football have rightly been sharply criticized. Finally, the planning of a Super League by some clubs”, Seifert said to “11 Freunde”: “Now it would also be good for one or the other fan organization to take a clear and perceptible position on the escalation on Schalke. When we talk about wrong developments, we must not exclude verbal and even more physical violence and must condemn it without ifs and buts.”