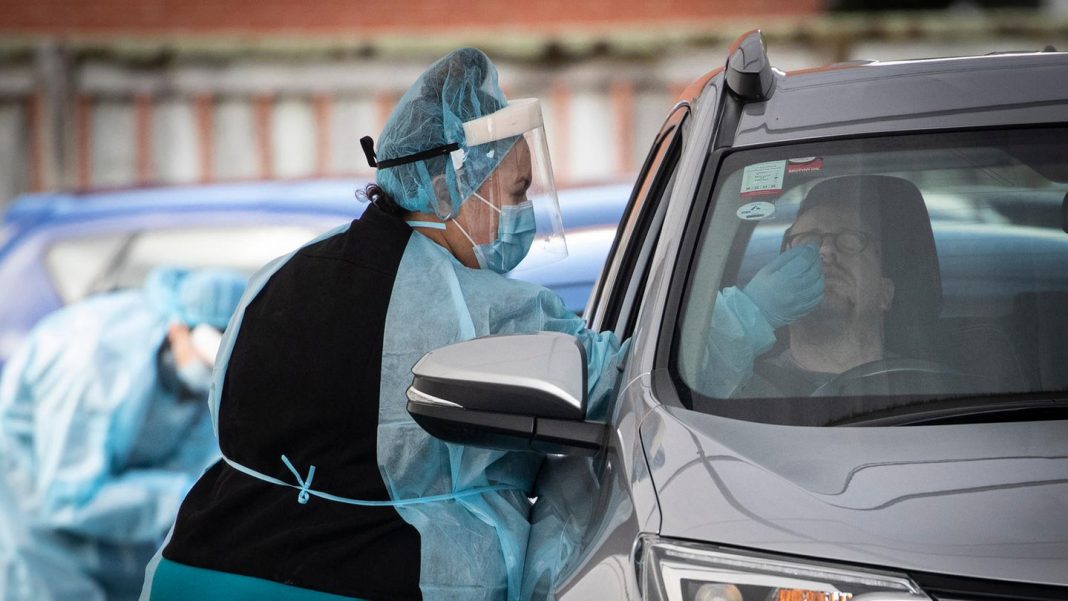 New Zealand has long been considered exemplary in combating the corona pandemic. But now the Pacific state is recording a large increase in the number of infections because of the delta variant. This is stumbling the country’s zero Covid strategy.

After a major domestic corona outbreak, New Zealand has admitted a failure of its ambitious zero Covid strategy. “The scale of the contagions and the speed with which the virus has spread has put pressure on our system despite all the preparations,” Health Policy Minister Chris Hipkins told TVNZ on Sunday. The latest outbreak with the more contagious delta variant of the virus is difficult to contain and raises “big questions” about the government’s corona strategy.

According to the minister, 71 people have now tested positive for the virus after the occurrence of a domestically transmitted corona case. The delta variant is ” nothing like what we have been dealing with so far in this pandemic,” Hipkins said. “It means that all of our preparations to date seem less meaningful and raises some pretty big questions about the future of our long-term plans.”

On Tuesday, the Pacific state had registered 41 new corona infections according to the Reuters news agency-as many as not since April 2020. The number of current infections is 148, said Ashley Bloomfield, Director General of the Ministry of Health, at a press conference. But, “it’s reassuring that we’re not seeing an exponential increase,” Bloomfield said, adding that most of the cases reported in Auckland indicated that infections had not been widespread. Nevertheless, the Ministry of Health expects an increase in the number of infections.

Opposition politician Chris Bishop criticised the recent outbreak as showing that the government had paid too little attention to the progress of the vaccination campaign. “The complacency of the government and its inability to ensure the supply and delivery of the vaccine has made us all easy prey,” he said.

Reunion after 400 days of separation: tears of joy, kisses and hugs 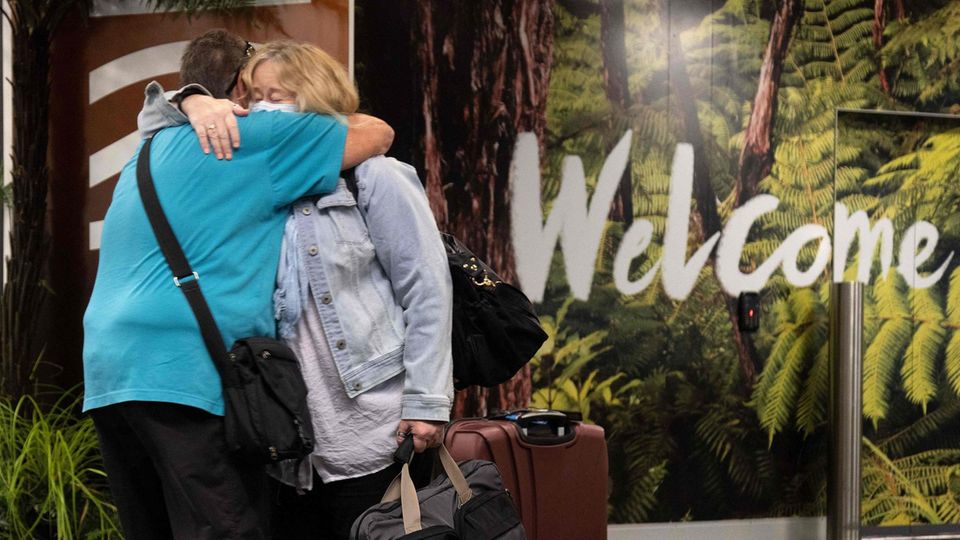 New Zealand largely sealed itself off

New Zealand’s widely praised zero Covid strategy aims to completely eliminate the virus among the population. Since March 2020, the island state with five million inhabitants has largely sealed itself off from the outside world. Strict border controls and quarantine requirements are intended to prevent the virus from being introduced from abroad. New Zealand was thus considered a role model in the fight against corona: Since the beginning of the pandemic, there have been only 26 deaths from Covid-19. In April, the government opened a travel corridor with neighboring Australia, but it was closed at the end of July due to a corona wave at the big neighbor.

After a single domestically transmitted corona case, the New Zealand government imposed a three-day nationwide corona lockdown on Tuesday. It was the first domestic transmission of the coronavirus in six months. According to the Ministry of Health, it was a 58-year-old in Auckland, the largest city in the country.

Vaccinations approved for 12 – to 15-year-olds

The nationwide lockdown has been extended due to the rising corona cases. Prime Minister Jacinda Ardern announced on Monday in the capital Wellington that the strict conditions in the entire Pacific state will now apply at least until Saturday. Previously, 35 new cases had become known. Most of the contagions of the current outbreak have been recorded in Auckland on New Zealand’s North Island, the country’s largest city. The capital itself is also affected.

Most shops and schools are now closed. Ardern said: “We need more information. We don’t want to take any chances with Delta. If the world has taught us anything, then it is to be careful with this variant.”

In order to cope with the corona outbreak, the island nation has approved vaccinations for 12 to 15-year – olds using Pfizer/Biontech. Vaccinations are possible from September 1, Prime Minister Jacinda Ardern said last Thursday. Children and young people in the age group could also be vaccinated from now on if they accompanied their parents to their appointments. According to a report in the New Zealand Herald, some children and young people were vaccinated shortly after Ardern’s statement. Until now, corona vaccinations were allowed in the country for people aged 16 and over.

Other sources: News agency Reuters,” Our World in Data”, RKI-Impfdashboard