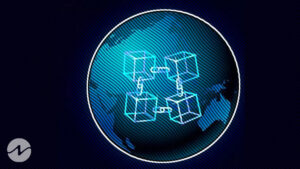 Both BPMT Trading Ltd and Holdun Family Office have increased their investment in the Portugal-based startup, taking their total investment to $22 million. With the Naoris team preparing for the upcoming minimum viable product (MVP) launch, the newly allocated capital will be directed to scaling up its cybersecurity solution to meet the growing needs of both Web2 and Web3 ecosystems.

The Holdun Family Office led the earlier investment round for Naoris Protocol and has played a role in attracting other investors to back Naoris’ decentralized cybersecurity infrastructure. The Holdun team is credited with introducing Canadian financier and investor Marc Wade, institutional investor BPMT Trading Ltd, ATP tennis star Milos Raonic, and others, helping raise the startup’s profile and capitalitalization.

“Investors don’t throw $20 million across two rounds into a startup project. The reason, we believe, is that multiple exchanges will upload and support Naoris Protocol, because the utility is the star of the show. It’s not every day a true blockchain use case comes along, and this is one of them. We feel Naoris Protocol will make a big splash, and we want to support the technology directly.”

A Decentralized Approach To Cybersecurity

The shortcomings of existing cybersecurity solutions stem from relying extensively on a network of interconnected devices. However, these devices often act as individual silos that operate independently. This creates situations whereby each participating device becomes an entry point for cyberattacks. As a result, a single point of failure can spark problems across the entire network.

Instead of building a network of standalone devices that operate individually to mitigate risks, Naoris introduces a highly interoperable and scalable identity-based security mechanism where all participating network devices are transformed into trusted validator nodes. This helps overcome the existing problem of a single point of failure without compromising on decentralization or any other blockchain-based features.

The protocol’s infrastructure is designed to mitigate cyber threats in real time. The platform currently exhibits a blocktime of less than a second, which stands in stark contrast to the slow process that centralized cybersecurity models have grown accustomed. Naoris also leverages Artificial Intelligence (AI), more specifically distributed Swarm AI, to create a self-healing network that will continue to grow stronger as more participants join the network.

Most importantly, Naoris’ solution is designed to be used by everyone. The decentralized cybersecurity solution delivers high throughput and low fees, alongside seamless integration capabilities across both Web2 and Web3 infrastructure.

As Naoris Protocol CEO David Carvalho concludes, “The current centralized status-quo where the hacking of a single device could compromise a whole network is categorically broken and unacceptable. Our complimentary, non-competing solution operates at a new decentralized layer, unlocking a new cybersecurity and trust enforcement world for applications, systems and hardware.”

Attrace Is Gaining Traction Among Investors Through Revolutionary Web3 Advertising

Goal! Black Plus Brown Owners Combine To Get Vodka From Concept-to-market In 120 Days