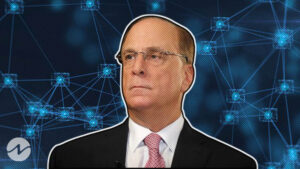 Blockchain Australia, an organization that represents Australian crypto firms and people, has named Laura Mercurio as its new chief executive officer. Past employers include BlackRock, Deutsche Bank, and Citigroup, attesting to her wealth of relevant expertise in the financial sector.

Many others from the banking and government sectors have joined the digital asset market recently. One such person is Brian Brooks, who under the Trump administration served as US Comptroller of the Currency and is currently the chief executive officer of the cryptocurrency infrastructure firm Bitfury.

Recently, Blockchain Australia announced that Laura Mercurio will be taking over the CEO position beginning on Monday (September 12). She has been given high hopes for her ability to interact with local regulators and authorities, as her organization notes that the country’s leaders are moving toward implementing a regulatory framework for the digital asset industry.

After years of working for notable financial, technological, and consulting firms, Mercurio has joined Blockchain Australia. Moreover, she first worked for Citigroup from 2001 to 2005. And then was promoted to the position of global chief operating officer at BlackRock.

“I am extremely excited to be taking on the role of CEO of Blockchain Australia, to be the leading voice in this maturing industry, and to drive innovation and change for Australian businesses in the blockchain space. With the rapid adoption of Blockchain and crypto assets, there are opportunities ahead for this technology to fundamentally transform how industries solve day-to-day issues. I am looking forward to advancing the innovation ecosystem and working closely with members, industry, governments, and regulatory bodies to provide digital solutions.”

Mercurio, according to Board Chairman Adam Poulton, “brings a unique passion, energy, and enthusiasm,” and is a perfect match for the organization.

Blackrock To Use CF Benchmarks for Bitcoin Price Indexing