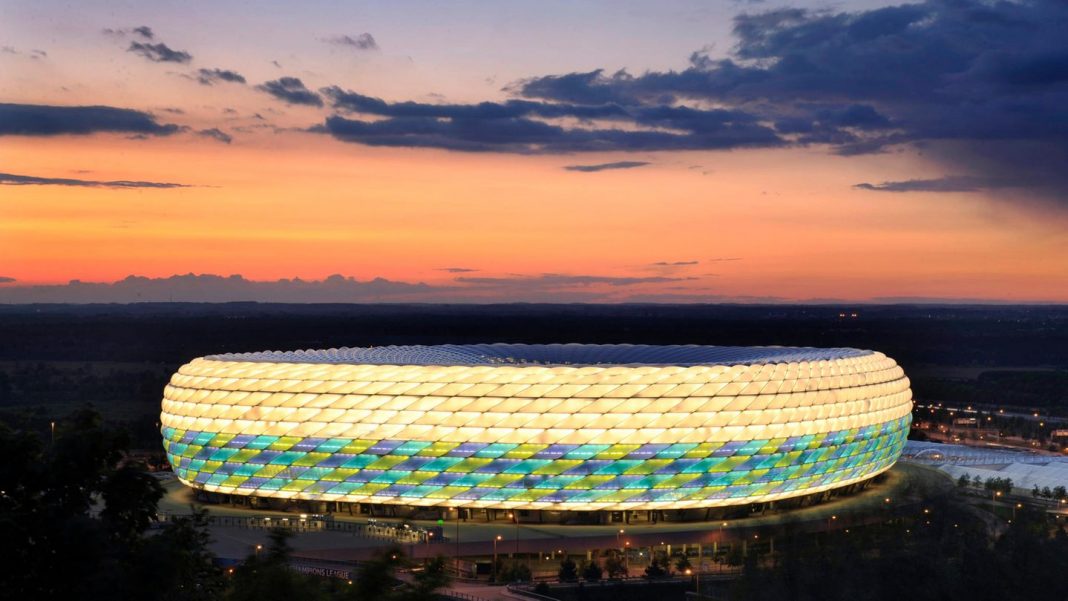 14,500 Fans despite pandemic?
No spectator guarantee for European Championship matches in Munich-Uefa gets clear announcements

14,500 spectators will be present at the matches of the European Football Championship in Munich, the Uefa assures. This is optimistic – or a deliberate deception.

“The Uefa Executive Committee met today by video conference and was informed that the competent authorities have approved the holding of all four matches of Uefa Euro 2020 in Munich with at least 14,500 spectators, which is why the city has been confirmed as the venue.”

Still no firm commitment about spectators in Munich

But Uefa has lit a fog candle with its representation and apparently only told the public half the truth. This is shown by the reactions of the “competent authorities” and the German Football Association (DFB), which were quickly disseminated following the announcement by Uefa. None of those responsible there wants to know about a firm commitment for 14,500 spectators in the Munich Allianz Arena.

Now the Bundesliga is playing again – this man made this possible


Bavarian State Chancellor Florian Herrmann (CSU) was one of the first to let the public know that Uefa obviously wanted to hastily establish facts: “Everything is subject to the pandemic situation,” he told the DPA news agency. The games are only in about two months and therefore, as with all other things, must be looked at beforehand, which loosening is possible.

Also from the federal government come restrained tones when it comes to spectators in the stadium. For the Federal Ministry of the Interior, the infection was “the highest priority”, said a spokesman before the Uefa announcement. “It will only be possible to make it dependent on the infection, whether there is the possibility to let spectators into the stadium or not.”Although Federal Health Minister Jens Spahn was optimistic, he also did not want to give a firm commitment to fans in the stadium. Although this cannot be ruled out, one should not raise too many expectations, according to the CDU politician.

Munich’s Mayor Dieter Reiter (SPD) became the most prominent. He stepped into the courtyard of the city hall shortly after the announcement of Uefa and spoke of a “happy day” for the football fans in his city. However, Reiter also made it clear that he does not share the view of the European football Association: “I am also pleased that Uefa has kindly acknowledged that Munich is an attractive venue even without guarantees for spectators.”

“No one “could say whether fans would be able to attend the games in June, Reiter said with regard to the pandemic situation and stressed several times that there had been” no promises of any spectator guarantees ” – neither from the city of Munich nor from the Free State of Bavaria. He saw a contradiction between spectators in the football stadium and at the same time closed schools, day care centres, restaurants and hotels.

As long as the seven-day incidence in Munich is not “well below 100″, there is no question of European games with spectators. This Friday, according to the Robert Koch Institute, the value in the city district of Munich was 148.2. According to Reiter, clarity about fans in the stadium should prevail” at the beginning of June at the latest”.

The German Football Association shares Reiter’s joy and euphoria over Uefa’s commitment to maintain Munich as a venue. But you don’t want to know anything about a spectator guarantee in the Otto-Fleck-Schneise in Frankfurt. He is looking forward to Uefa’s confirmation and to the games in Munich, “perhaps even in front of an audience, if the pandemic development allows it”, said Fritz Keller, President of the Association. His colleagues Philipp Lahm, Managing Director of DFB Euro GmbH, General Secretary Friedrich Curtius and National team Manager Oliver Bierhoff also avoided using spectators in the stadium in their statements.

One thing is certain: Three different scenarios for the games in Munich were developed in advance: ghost games, 14,500 spectators and a maximum of 27,000 spectators.

The middle model is regarded by those responsible as a “lead scenario” and considered realistic by the DFB, the city of Munich and the responsible offices and authorities-but a firm commitment could not be derived from this, it was reported in unison. Except from Uefa.