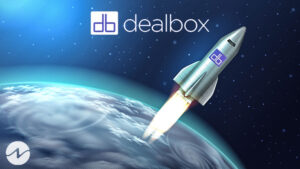 Capital markets advisory and token offering platform Deal Box in the United States has announced the formation of a $125 million venture capital fund focused on blockchain and Web3 firms, as stated in a press release dated January 18.

“Deal Box Ventures is an important milestone in our journey to invest in the most promising and disruptive blockchain startups, providing them with the tools and funding ecosystem they need to be successful by simplifying and reimagining traditional financing models.”

Banking on Web3 and Blockchain Tech

Deal Box Ventures is a new fund that will invest money in companies with a focus on growing growth, real estate, financial technology, entertainment technology, and social impact. These are the areas in which the fund will be investing. Moreover, Deal Box has made its first investments in Web3 by buying shares in Total Network Services, Rypplzz, and Forward-Edge AI.

Financing for blockchain businesses in 2022 was more than it had been the previous year, notwithstanding the bear market that was occurring at the time. The industry brought in $36.1 billion throughout the course of the year, which is a significant increase from $30.3 billion in 2021.

Deal Box was an industry leader in startup legal, accounting, and capitalization table advisory services prior to opening its venture arm. The issue of tokenized bonds or stock by companies as a means of raising funds from investors is a major point of interest. The company, which was established in 2005, claims to have more than 500 clients.

VeChain partners with CAFA in blockchain adoption and development in China