The way is clear for booster vaccination. The health ministers decided on Monday that the third syringes will be used from September. An overview of the most important questions.

For a long time it was discussed, now it is fixed. The revaccinations are coming, the health ministers of the countries decided on Monday-but not for everyone. For the time being, only certain risk groups are to receive the third syringe. The most important facts at a glance.

Who should get the booster vaccination?

The decision of the Ministers of Health of the Länder stipulates that, first of all, the maximum age, patients in need of care and patients with immunodeficiency or immunosuppression should receive the booster vaccination.

How useful is vaccination really for children and adolescents from the age of twelve?

Where to get the booster shot?

Mobile teams are to carry out vaccinations for residents of nursing homes and other facilities. Beneficiaries who live at home should be offered booster vaccinations by their attending physicians.

Which vaccines should provide the boost?

Only mRNA vaccines, i.e. the vaccines of the manufacturers Biontech/Pfizer and Moderna, are to be used for the third-party vaccinations, regardless of whether the vaccines of Astrazeneca or Johnson & Johnson were previously used.

When will the booster dose be available?

From September, the corona booster vaccinations should be available.

After how many months should the vaccination be refreshed?

In all cases, the additional vaccination should be carried out no earlier than six months after the initial production of complete vaccination coverage.

Why are revaccinations needed?

Whether the third vaccination is necessary is still controversial. It is not yet known how long vaccination coverage will last, the Robert Koch Institute recently wrote in a strategy paper. It makes sense to be able to react quickly: “Booster vaccinations (especially ) for older people should now be planned and prepared.” 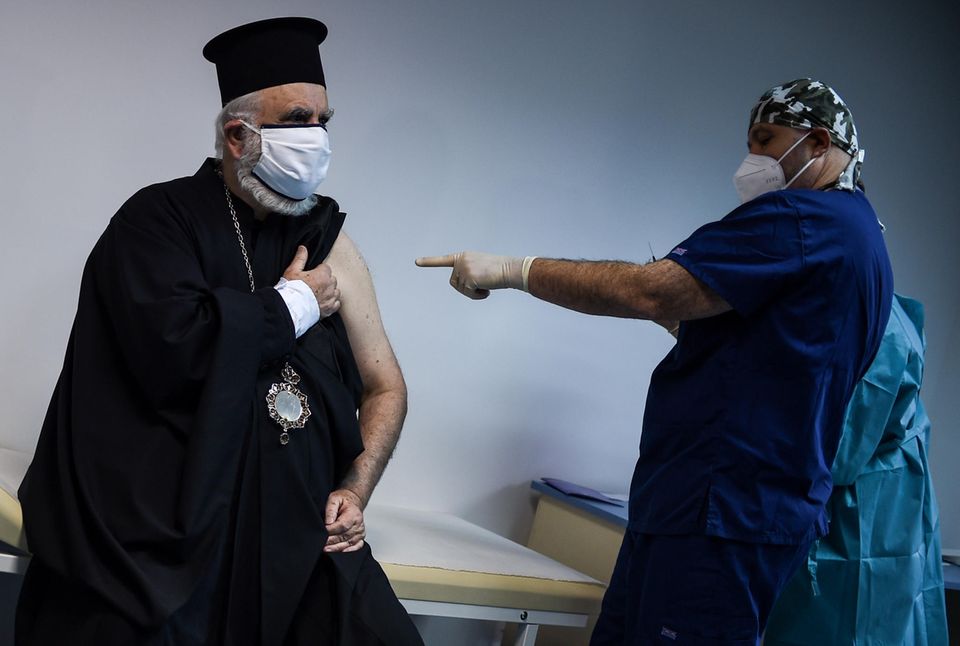 What role does the delta variant play?

The data situation for the delta variant is inconsistent. However, there are already initial indications that the Covid vaccinations protect somewhat less well against infections with the new variant. To what extent is still unclear. Study data from Great Britain, Canada and Israel are sometimes far apart. (Read more here). What the results have in common, however, is that the vaccines can continue to ward off a severe course of the disease in the vast majority of cases.

What are the benefits of booster shots?

Both Biontech / Pfizer and Moderna already reported that antibodies increased significantly after re-vaccination. Both manufacturers are confident that a third dose will also increase protection against newly discovered variants.

Studies indicate, according to Biontech / Pfizer, that the third vaccination has “a neutralizing effect in the delta variant”. More recent data showed that booster vaccination significantly increased the number of neutralizing antibodies in the blood.

Initial data provided by the manufacturer Moderna on booster vaccinations also indicate a sharp and rapid increase in antibody titers – “to a level above that of primary vaccination,” says Stéphane Bancel, Chief Executive Officer of Moderna. “We are encouraged by this new data, which reinforces our confidence that our booster strategy should protect against the newly discovered variants,” he said.

What is known about the tolerability of booster vaccination?

Vaccine manufacturer Moderna reports that safety and tolerability profiles after the third booster dose are comparable to those observed after the second dose in the previously reported phase 2 and Phase 3 studies. The booster shots were generally well tolerated. The majority of adverse events were therefore mild or moderate. Most often, pain was observed at the injection site. Some study participants also reported fatigue, headache or joint pain.

Why is there no third-party vaccination for everyone?

“With the healthy population, it is now important that the entire population gets a vaccination offer and is quickly vaccinated twice, “said virologist Mirko Trilling to the”MDR”. Before thinking about whether to vaccinate the first people for the third time, all people who have undergone a natural infection should also receive a single vaccination in order to be protected in the long term, Trilling continues.

The double vaccination would also offer good protection against the delta variant. However, if a part of the population is simply vaccinated, the risk increases that in this situation the virus will mutate further and possibly become even more dangerous. “However, in people with an impaired immune system who unfortunately did not build up sufficient immunity after the second vaccination, a third vaccination is a sensible measure,” says Trilling.

It is also already known that the immune system of older people reacts somewhat weaker to vaccination and, for example, fewer antibodies are formed.

Why is there still no Stiko recommendation?

The data situation is not yet sufficient for a recommendation in Germany, said the head of the Permanent Vaccination Commission (Stiko) Thomas Mertens on Friday the German Press Agency. The independent experts are concerned with two aspects of the data: whether the measurable immune response in the laboratory is decreasing and whether infections with disease are increasing despite vaccination, he explained. Laboratory tests on antibody levels already exist, but these did not allow the direct conclusion that the protective effect in humans is also decreasing.

Source: With material of the Dpa