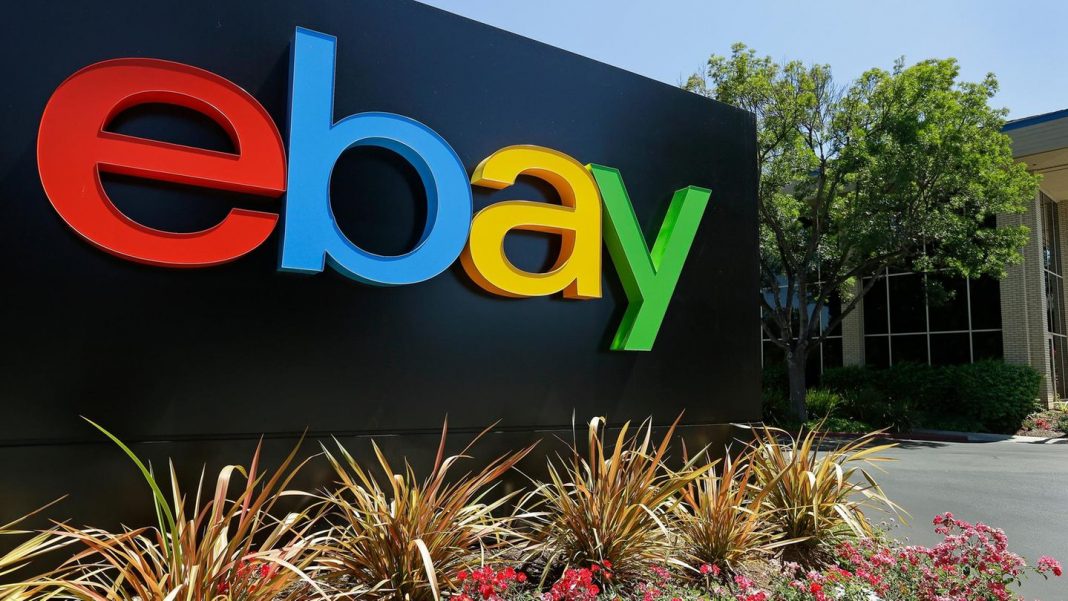 In a newsletter, a married couple often reports critically about the Ebay Group-and a wave of psychological terror by employees starts against them. Now, for the first time, Ina and David Steiner tell us what exactly happened to them.

The indictment made waves around the world: six Ebay employees, including the former security chief, were accused of systematically terrorizing two critics of the company. Now the first of them was sentenced to imprisonment. And the bullying victims Ina and David Steiner were ready for the first time to tell their side of a story that could only be guessed from the court records.

It all started with a graffiti, the two tell in their first interview with the “Boston Globe”. A neighbor pointed out to David that someone had sprayed something on her fence, he reports. The sprayed word: “Fidomaster”. “It didn’t make sense,” Ina says. “I immediately googled whether it’s a word that the youth uses.”

From Ebay seller to target

But that was not the case. Fidomaster, that was the pseudonym of a reader of your newsletter. The two operate the portal “EcommerceBytes”, which deals with the group Ebay, gives tips on sales and sometimes criticizes the strategic orientation of the group. Many of your readers could also understand this – or, like Fidomaster, were even more critical. But the couple still couldn’t do anything with the Graffito. Were you accused of being a fidomaster? Was the person behind it? “It was really grueling,” recalls Ina Steiner. But it was nothing compared to what followed.

Actually, the Steiners never wanted to harm anyone. Back in 1999, when Ebay was still very new, they had started browsing flea markets to make money selling on Ebay. They noticed that even good pieces sometimes went under value if the strategy was not right. With their newsletter, which was initially called “Auctionbytes”, they wanted to give other sellers tips on how to do better. In the course of the change of the group, the newsletter also adapted, they changed the name and voiced criticism of the company more and more often. And they probably also incurred his anger.

This is shown by internal news of the Group, which was recorded as evidence in the course of the court proceedings against six employees. According to them, the then CEO Devin had little upset with his head of communications Steve Wymer about the coverage of the couple: they had reported that as CEO he earned more than 152 times as much as small employees. Wymer, in turn, passed the complaint to global security chief James Baugh. Who then, according to the indictment, took matters into his own hands together with a small team. And a campaign of terror against the Steiners began.

“It was really scary”

At first it started after the graffiti still harmless, reports the couple. Suddenly, they would have received dozens of newsletters they hadn’t signed up for, from self – help groups for bowel complaints to the Church of Satan, formally organized in the US, to rough sex and SM groups. Then followed a wave of abuse on Twitter. The two still thought nothing of it. “If you spend enough time on the Internet, you won’t learn to feed the trolls,” Ina believes. That’s why she initially reacted as always: “Just do not react, do not encourage her.”

But unfortunately, it did not stop at digital harassment. Two days after the first Twitter tirade, the phone rang. A stuffing company wanted to double-check your order because the order address did not match the credit card. The ordered goods: the carcass of a piglet. “I thought: Now it starts, from online to the real world,” recalls Ina. “It was really scary.”

After canceling the order, they decided to call the police. Even when a policeman was in the house, the next shock came. In a package just delivered, Ina, screaming with fright, discovered hair and skin. It was a bloody pig mask from a film of the horror series “Saw”. The policeman also included this package in his report.

After that, the situation escalated further and further. Addressed to David arrived a book on how to deal with the loss of a loved one, a package of living spider and fly larvae. A messenger placed a $ 255 funeral wreath for David.

Then the dark vans appeared. Again and again, black SUVs with New York license plates appeared around the Steiners ‘ house in Nattick, Massachusetts, following them through the city. “We felt we were in danger. We felt like a target, ” says Ina. “I can still remember exactly how my hair stood on end,” David recalls a persecution situation. When the frantically called police arrived, the van had disappeared.

For the couple, days of fear began. They slept separately in order to wake up in time should something happen to one of them. When David looked out of the window at 4:30 a.m., sleepless at night, a man suddenly came across the lawn. After David yelled at him, he reacted shocked: he should only deliver a pizza to the two. “We thought he had a firearm,” recalls the frightened Ina. The feeling remained. “You could not turn off this pure terror, there was no switch,” David describes what the couple suffered.

Then came the breakthrough. When a car followed him again, David managed to catch a snapshot of the license plate with his smartphone in front of a police station. A short time later, the handcuffs clicked: the car had been assigned to an Ebay employee. The team’s internal messages showed that they knew they were in a bind. But after two more volleys of tweets, the Steiners ‘ nightmare was over.

How big the conspiracy against them was, they learned only through the following investigation against the Internet giant, in which the FBI was also involved. Without the Steiners ‘ knowledge, some employees of Ebay had booked into a Ritz hotel in the hometown of the two. According to the indictment, they even planned to install a tracker on the Steiners ‘ car, but failed because their car was parked in the closed garage. The couple had not heard of this.

It is difficult to understand exactly how the escalation occurred. After the six employees were sued for the first time last summer, the first trial against one of the participants, which had just been completed, allowed for initial insights. “It’s completely crazy,” even the judge in charge Allison Burroughs admitted stunned. “The idea that grown-up people get together and devise this plan is incomprehensible to me.”

The first sentence was correspondingly harsh: The former police officer, Philip Cooke, then employed by Ebay as a security manager, was sentenced to 18 months in prison and a $ 15,000 fine. He stated that he had been “manipulated” by his superior Baugh, that he had been able to prevent many further plans with objections.

Ebay reacted quickly, dismissing all the accused employees and launching its own investigation. This came to a clear conclusion: no further blame could be found with the higher management, the group explained in a detailed apology to the couple. But there was still a consequence: CEO Devin Wenig was fired a few months after the scandal first became known, the incident had “played a role” despite the lack of evidence, according to the group. However, he does not have to suffer much: his compensation amounted to almost 57 million dollars.