Corona in South America: How Argentina is struggling with the second wave 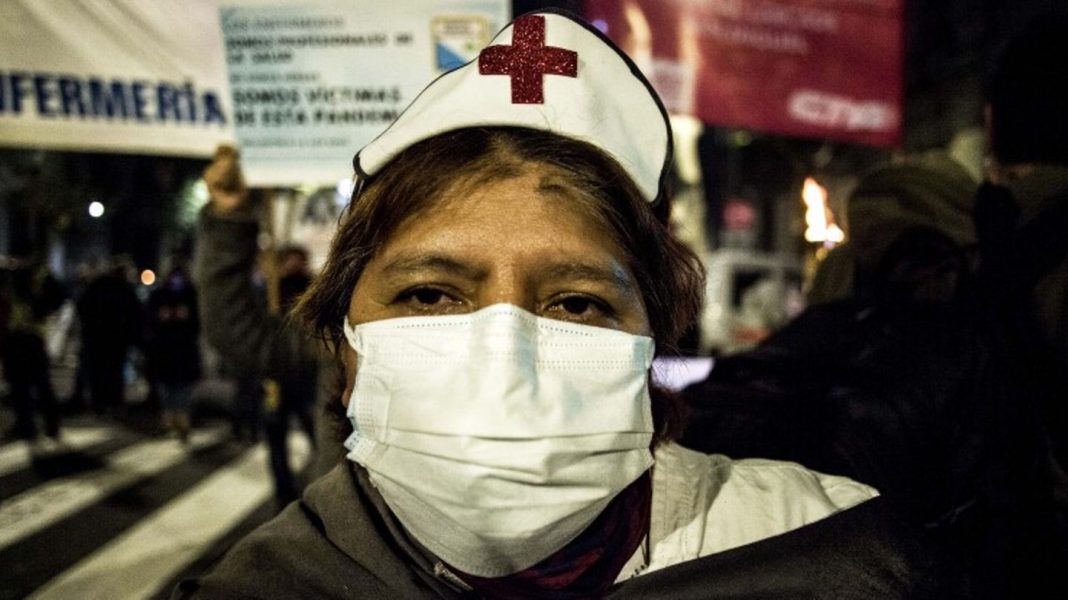 Corona in South America
“At the end of the forces”: Argentina’s desperate fight against the second wave

Argentina is overrun by a second corona shaft. After months of lockdown, the mood among the population threatens to tip. In the province of Formosa, the fight against the pandemic, has now turned into an authoritarian nightmare.

In Argentina, as many people are currently dying from Covid-19 as almost nowhere else in the world. In the clinics there is a lack of beds and oxygen, the staff is at the end of their strength. “Yesterday, we had no more beds,” says the nurse Héctor Ortiz of the “Buenos Aires Times.” “If one becomes free, it is because of a death.”Ortiz works at the Durand hospital in the Argentine capital. He knows exactly what Head of State Alberto Fernández means when he speaks of the “worst moment of the pandemic”.

Just in time for the start of winter in the southern hemisphere, the country is hit particularly hard by the second corona wave: In may, the average number of daily new infections rose to 30,000 of the dead to 500. As many as 41,080 new infections were reported last week – the highest figure since the pandemic began over a year ago.

How did this happen?

Too late measures and tense mood

Since the beginning of the year, several infectious virus variants have been severely affecting the entire continent. At the forefront is the Brazilian mutant P. 1., which is significantly more aggressive than the original pathogen and is now responsible for the majority of cases in Argentina. In addition, there is the climatic factor: in the Southern Hemisphere, winter is approaching, temperatures are falling, and friends and families prefer to meet indoors than in parks.

At the same time, the Argentine government has once again reacted too late. While the numbers began to rise exponentially at the beginning of May, Head of State Alberto Fernández only imposed a strict lockdown on 22 May – and only for nine days. The reason for this is the tense mood in the country: After months of lockdowns last year, many are nervous. “I am at the end of my strength, “73-year-old pensioner Nadia Mariella tells the Buenos Aires Times. “I had to go to the psychiatrist because I couldn’t stand it inside anymore.”

People had met despite the bans, many rebelled against the measures or denied the danger, also says Elisa Estenssoro, an adviser to the president. The fact that the South American football championship Copa América can no longer take place in Argentina as planned also causes great displeasure. Last week, thousands took to the streets in several cities to protest the restrictions. Many can no longer afford them anyway, almost half of the population lives below the poverty line. The lockdown splits the country, which has just begun to recover somewhat after three years of recession.

Nowhere is this division more evident than in Formosa, a poorer province of 200,000 inhabitants on the border with Paraguay. The place gained sad fame when it became known what authoritarian measures the regional government is forcing its own population behind bars.

Anyone suspected of Covid-19 in Formosa had to immediately go to one of the 140 quarantine and isolation centers. The young Argentinian Gustavo Maza learned first-hand what happens when you resist. A Video, which went viral, shows how a special police unit drives up with several cars, two dozen officers break open the front door of Maza’s family and arrest him.

According to Governor Gildo Insfrán, the isolation centers converted from hotels, club homes and schools – and guarded by the police around the clock – will help contain the virus. However, human rights organizations, such as Human Rights Watch, warn against the opposite: more than 25,000 people – including those who tested positive, contact persons and those who are waiting for their test result-were put together in crowded halls. Those who did not have the virus before, got it there at the latest.

Many had to endure longer than the prescribed 14 days under sometimes catastrophic hygienic conditions, there were also far too few medical staff. An elderly diabetic woman who was denied the necessary medicines died as a result; a pregnant woman in the third month lost her child because her cries for help were ignored for too long.

After several of these cases became public, the human rights Commissioner of the central government in Buenos Aires ordered the closure of the worst isolation centers. However, domestic quarantine is still only allowed in Formosa if the home meets certain standards – which is why the poorer population still ends up in the controversial centers.

Many Argentines are currently pinning their hopes on the vaccination campaign. But progress has also been slow so far: just 21.9 percent of the 45 million inhabitants have received a syringe, 6.3 percent have been fully vaccinated – most with the Russian vaccine Sputnik V.

Its production is now to start on a large scale in Argentina. The Gamaleja Institute in Moscow has subjected the test tranches produced by an Argentine pharmaceutical company to quality control and found them good, Health Minister Carla Vizzotti said on Wednesday. As a result, the government hopes to accelerate the campaign considerably.

Later, Sputnik V will also be exported to neighboring countries, where the situation is just as dramatic. Five South American countries are currently among the top ten most affected nations in this pandemic. On no other continent is the virus spreading more.