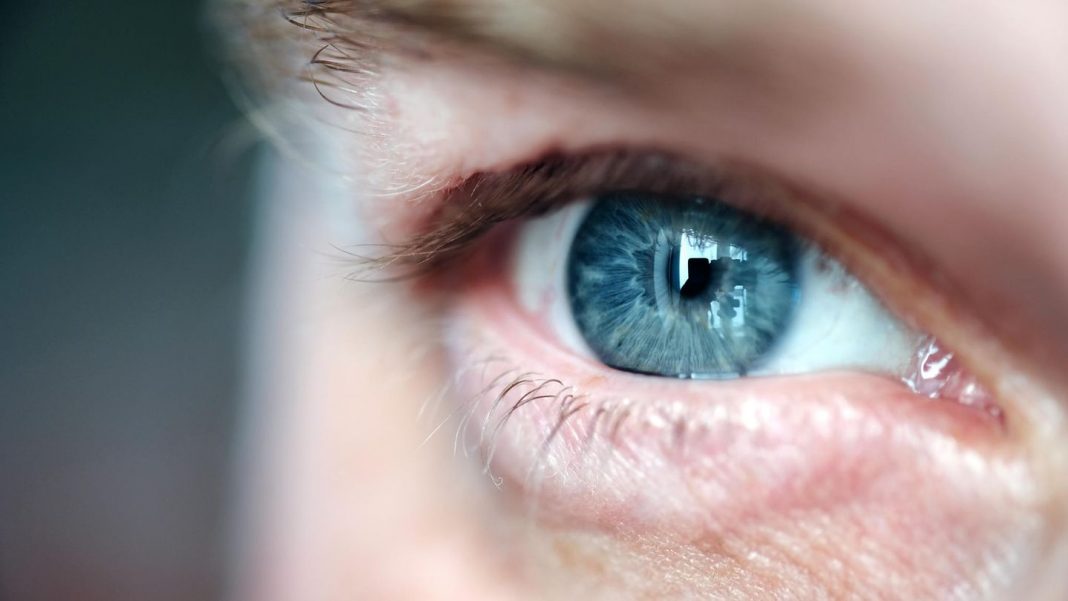 For the first time, scientists have succeeded in restoring sight to a blind person – even if only partially. The method of so-called optogenetics is groundbreaking.

Blindness is often incurable under certain circumstances. However, researchers have succeeded in partially restoring vision in a man using a new method. In the process, light-catching proteins were built up in a man’s eye, as the scientists wrote in an article in the journal “Nature”, which is also reported by the news agency AFP and the “New York Times”. It is the first published study to describe the successful use of this treatment. 13 Years of work are in her.

The technique known as optogenetics, which has been developed over the past 20 years in the field of neuroscience, involves the genetic modification of cells so that they produce more photosensitive proteins. In some cases of blindness, known as inherited photoreceptor diseases, photosensitive cells in the retina that use proteins to provide the brain with visual information about the optic nerve are increasingly degenerating.

According to media reports, the patient is a 58-year-old man from France who has been suffering from loss of vision for 40 years.

During the treatment, multiple injections were made into his eye and several months of stimulation with light glasses. This transformed images of the visual world into light pulses that were projected into the retina in real time.

In a first clinical phase, the 58-year-old’s vision was partially restored. This allowed him to recognize, count, locate and touch various objects lying on a table in front of him. During the tests, in 92 percent of cases, the patient was able to locate and touch a notebook on a table in front of him, while wearing special glasses, without which he could not perform the tasks. The full vision could not be restored.

Little Cailee is almost blind, but she still wants to see all that

“Milestone” for treatment of blindness

Botond Roska from the Institute of Molecular and Clinical Ophthalmology in Basel said that the patient was initially frustrated because he could not see objects even after months of training with the glasses. Then he suddenly reported very excitedly that he could see again, which he was very happy about, according to Roska, co-author of Study.

Jose-Alain Sahel, lead study author from the French Sorbonne University and the University of Pittsburgh, spoke of a milestone and said the study confirmed that it is possible to use optogenetics to restore vision in humans.

“It is important that blind patients with different types of neurodegenerative photoreceptor disease and a functional optic nerve may be eligible for treatment,” he said. However, it will take some time before this therapy can be offered to patients.

“Especially for the blind a great achievement”

In previous studies, researchers have been able to treat a genetic form of blindness known as congenital liver amaurosis by repairing a faulty gene, according to the New York Times. However, other forms of blindness could not be treated so easily, as the affected individuals lose their photoreceptors completely. “Once the cells are dead, they cannot repair the genetic defect,” says Sahel.

Originally, researchers developed optogenetics to study the functioning of the brain. “So far, I have seen optogenetics primarily as a tool for scientists, as it is used by thousands of people to study the brain, “Ed Boyden, a neuroscientist at M. I. T. who is a pioneer in the field of optogenetics, told the New York Times. “But if optogenetics proves its worth in the clinic, it would be extremely exciting.”

“From a scientific point of view, and especially for the blind, this is a great achievement,” Lucie Pellissier, a neuroscientist at the University of Tours in France, who was not involved in the study, told the newspaper.

Dr. Sahel and his colleagues founded a company called GenSight to bring their technology through clinical trials in the hope that it will be approved by regulators. Another company called Vedere Bio, which has been acquired by Novartis, already exists. However, it will require further positive results from clinical trials before optogenetics can become the standard treatment for some forms of blindness.