Aversion to broccoli could mean resistance to Corona 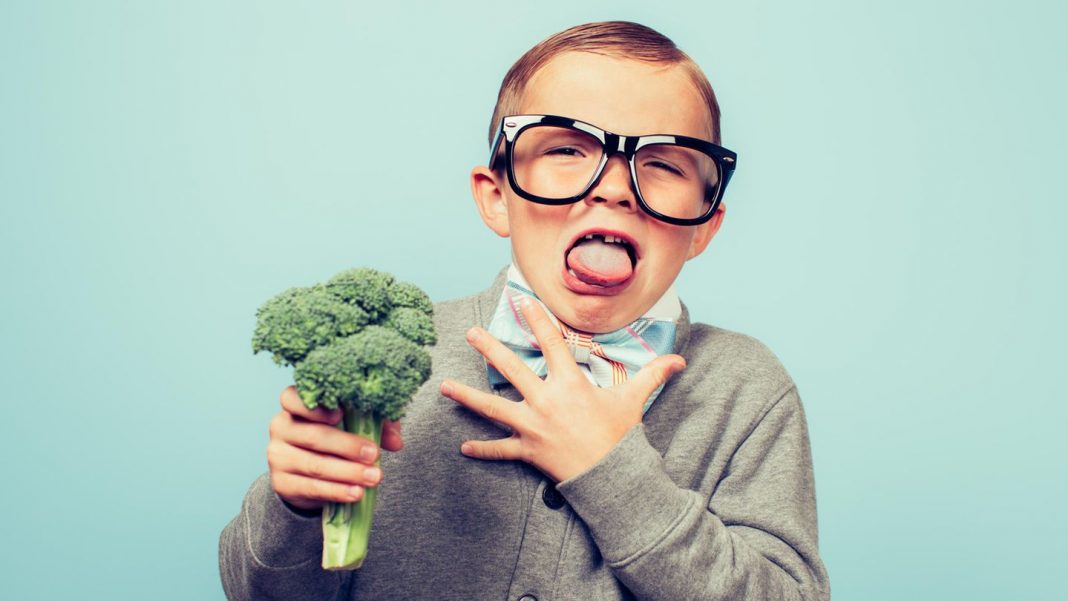 In a study, researchers have discovered a supposed connection between the corona disease and the sense of taste. According to this, people who do not like broccoli are said to suffer less frequently and less badly from Covid-19 infections.

It sounds crazy: a new study from the United States suggests that the way people react to bitter tastes – from broccoli, for example – may be related to the intensity of Covid-19 infection.

In the pandemic months, it became increasingly clear how unpredictably people react to the coronavirus. The course of a disease became unpredictable. It is almost impossible to predict whether a person will get away with mild symptoms or whether the infection will become life-threatening. A simple taste test to predict would be a gamechanger. The study may have provided the basis for this from the United States.

“Super tasty” are less likely to test positive for corona

Henry Barham is a rhinologist at Baton Rouge General Medical Center in Louisiana. He deals with diseases of the nose, paranasal sinuses and the anterior base of the skull. On May 25, he published a study in the medical journal “JAMA Network Open”. He found that so – called” super – tasters ” – people who are overly sensitive to some bitter substances-were less likely to test positive for the coronavirus.

Barham’s team examined 1935 adults infected with Corona. So-called” non-tasters ” had a significantly higher risk of testing positive and being hospitalized, as well as suffering from symptoms longer than normal-tasting and super-tasting ones. 86 Percent of those with a severe course who needed hospitalization were non-tasting. Less than six percent of the super tasters tested positive for Covid-19.

Super tasters, which are called “supertasters” in English, are more sensitive to bitter flavors because they have four times as many taste buds on their tongue. Bitter compounds in certain foods and beverages are recognized by taste receptors of the so-called type 2. For supertaster, many vegetables taste particularly bitter. These include broccoli, cabbage and Brussels sprouts. The sense of smell can also be more pronounced in super-tasty ones.

Open restaurants and cafes, even some culture: these pictures give hope for the summer 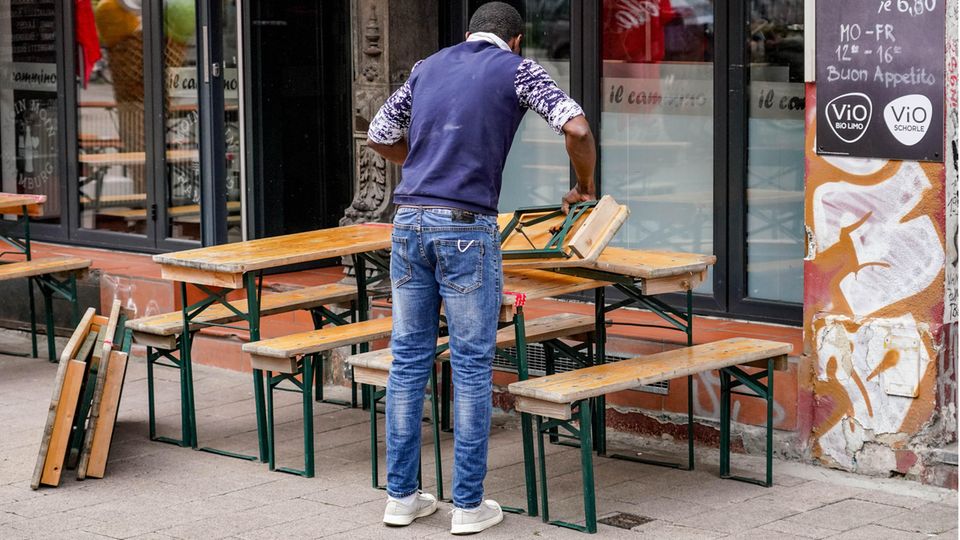 In Hamburg, in addition to retail, outdoor catering has been allowed to open again under conditions since Saturday. Here, the employee of a restaurant in the Schanzenviertel sets up tables and benches for the first time in a long time. According to police data, about 1400 people came to the ski jump on Saturday evening, not everyone had adhered to the prescribed corona rules, it said.

Henry Barham draws further conclusions from his taste study: Not only does he believe super-tasters are more resistant to corona than people who like broccoli because they don’t find it too bitter as a non-tasting person. He also speculates that there could also be a connection with why children are less susceptible to Corona. He explains to National Geographic that the number of taste receptors decreases with age, which may explain why older infected people tend to be worse off than younger ones.

Conversely, most children – who therefore have more taste cells-suffered from less severe symptoms when infected with Covid-19. Barham says the 25 percent of children who have few taste receptors as non-tasters also potentially had more severe symptoms.

Criticism of the meaningfulness

David Aronoff, director of the Division of Infectious Diseases at Vanderbilt University Medical Center in Nashville, Tennessee, expressed surprise that taste receptors could also be involved in immunity. Although he himself was not involved in the study, he finds it to be very interesting results, as reported by National Geographic.

However, he also sees limitations. The relatively small number of adults studied were in a fairly narrow age range, so it was not known whether the correlation between taste preferences and the severity of Covid-19 also existed in children or the elderly. In addition, he tells National Geographic, the population studied could differ in unknown ways, which could affect the results.

“At this stage, the results of the work come too early to help us deal with Covid-19 in the clinic,” warns Aronoff. “But the findings could impact our understanding of what makes people more or less susceptible to infections like Covid-19. According to National Geographic, Aronoff emphasizes that supertasters should not overinterpret the conclusions of the researchers: “People who hate broccoli should not avoid vaccination.”

No year like any other: A virus is changing Germany and the world


Over-interpretation of the study

There is also criticism from within its own ranks: Danielle Reed, deputy director of the Monell Chemical Senses Center in Philadelphia, warns against over-interpreting the results of Barham’s study. Reed conducted the genetic tests of the study, but declined to be named as the author because she interpreted the results differently.

Speaking to National Geographic, the researcher points out that Barham’s analysis”did not take into account the general loss of taste, which is an early and essential feature of Covid-19.”

As a result, she believes that some patients “were mistakenly categorized as non-tasting.” In addition, the genes relevant to taste were not identified as being involved in the severity of corona diseases in an independent genomic analysis.

According to Reed, a taste test to support medical care is a goal to work towards. Before that, however, it was important “to make the screening of taste and smell a regular part of medical care, just as we do with sight and hearing”. From findings of this test, one could perhaps later gain insights into how the senses could predict health and disease.

Barham agrees with his colleague. More research is needed, he tells National Geographic. His team will continue to collect data on the topic. He is optimistic about extending the work to other infectious diseases. “We are also studying this receptor family because it affects innate immunity to influenza and other upper respiratory infections.”