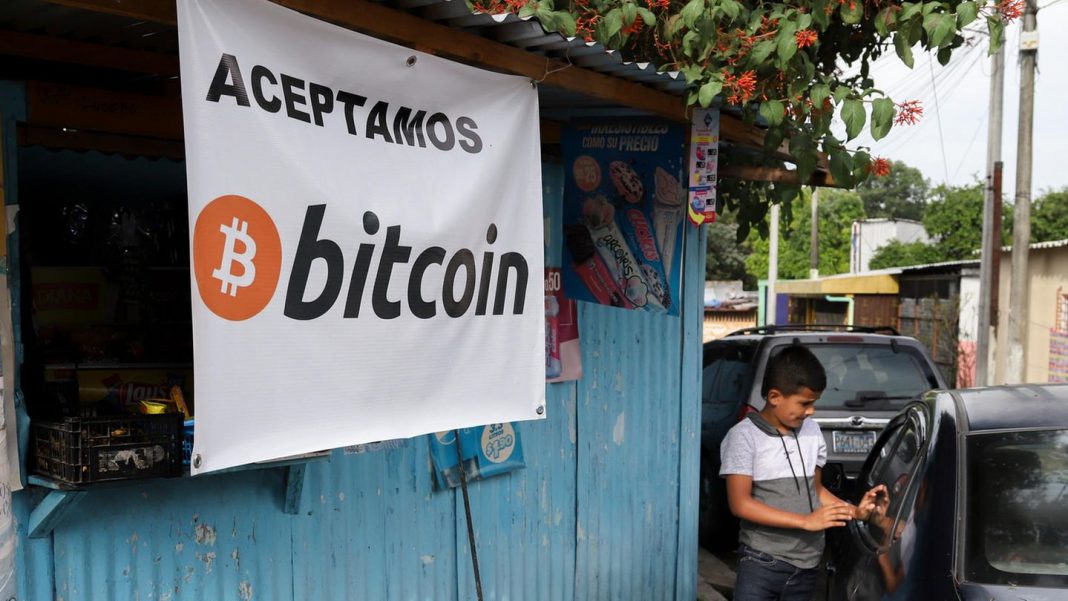 Since yesterday, El Salvador has introduced Bitcoin as the official currency, even fast food and taxi rides should now be paid with the digital coins. But the great enthusiasm failed to materialize in view of the bumpy start.

At some point, Bitcoin and Co.should inherit the classic currencies, so the crypto fans have been dreaming for years. With El Salvador, the first country in the world has now recognized Bitcoin as an official currency in addition to the US dollar. Although the majority of the population is against it. The government hopes for an investment boom. But first came the big shock.

Because the long-awaited day of introduction by the crypto community did not run as smoothly as many had hoped. Technical problems with the wallet app offered by the government, protests by citizens and a crash of the Bitcoin caused a lot of unrest. It didn’t help that fans celebrated with the first McDonald’s menu paid by crypto on Twitter.

The government of the Central American country had done a lot to recommend the new currency to the people. Each citizen was given a bitcoin amount equal to a value of 30 dollars (about 25 euros). With the app Chivo (local term for “cool”), there was a separate point of contact where Salvadorans can store their coins. With a system of 200 Bitcoin kiosks and ATMs, they want to further reduce the entry hurdle.

But that didn’t really work on day 1. The app, which was absolutely necessary to request the entry fee, was not to be found in any of the well-known app shops, only later in the day it appeared on Apple’s App Store and in Huawei’s App Gallery. But under the large influx, the registration servers collapsed. And also the ATMs, where you could exchange the Bitcoin into the still valid de facto national currency US dollar, were probably defective in many places.

No majority for Bitcoin

This is unlikely to improve public sentiment towards the measure. In June, the move was announced quite surprisingly by President Nayib Bukele during an English-language conversation at a trade fair in Florida, a few weeks later the corresponding law was adopted. And was rather poorly received: in a study by the University of Central America, 68 percent of respondents said they did not support the introduction. This may also be due to another number: only 4.8 percent of respondents knew what Bitcoin is and what you use it for.

This is also noticeable in everyday life. “I’ve been accepting Bitcoin for two months now since they announced it,” taxi driver Daniel Hercules told the BBC. “Just one paid a ride to the airport with 40 dollars in Bitcoin. But it is very rare.”He sees the money he earns as a savings account. At ten percent, the cost of converting to cash is simply too high, he explains. At the same time, he was afraid that the currency would collapse. “I’m very concerned about that. Losing the money of long working days would not be acceptable to me.”

Start with a crash

In fact, the first crash happened on Tuesday. The government had announced that it would buy 400 Bitcoin worth 17,5 million euros. In order to fulfill the promise of the entry fee, a total of almost 170 million euros would have to be invested. That had driven up prices for crypto currencies just before the launch. When it started, the course went steeply down. The Bitcoin had lost almost 20 percent in the meantime, after a slight upward correction, the loss is still almost 10 percent. No wonder, then, that many Salvadorans fear that the national currency may collapse. And therefore on Tuesday took to the streets en masse.

Unexpected alliances form during the protests. Hundreds of veterans of the 1980s civil War took to the streets together against the local crypto currency in August, with ex-servicemen and Marxist guerrillas standing side-by-side to demonstrate for pension protection against a Bitcoin crash. “This is an economic adventure, “former guerrilla Juan Manuel Pineda told The Wall Street Journal. And pointed to a very fundamental problem of the digital national currency. “How are we supposed to use Bitcoin if we don’t even have smartphones or can afford internet access?”

“I think the main benefit in El Salvador will be to take over the purpose of remittances and save money,” the chief economist of the data platform form Cainalysis, Philip Gradwell, told “CNBC”. In fact, not even half of citizens have a bank account so far, much of the economy is settled in cash. “Bitcoin is not really designed as a means of payment,” Gradwell is convinced.

In fact, even some crypto fans believe that the government is getting more insights into the economy through the currency than before. “You give all your data to the government, all financial movements, what goes in and what goes out, “the operator of an online trade, Oswaldo Serrano, explains to the” Wall Street Journal ” his fears about central processing via the government app Chivo.

There could also be problems with the traditional banking system. Every year, Salvadoran immigrants from the United States send almost 5 billion euros to the homeland. This should now also be possible in Bitcoin. “Because El Salvador now has two currencies, the question arises whether the Bitcoin ecosystem will now get its dollars from El Salvador. And whether the US agrees, “explains a top manager of an investment bank to the”Journal”.

Just walked into a McDonald’s in San Salvador to see if I could pay for my breakfast with bitcoin, tbh fully expecting to be told no.

But low and behold, they printed a ticket with QR that took me to a webpage with Lightning invoice, and now I’m enjoying my desayuno traditional! pic.twitter.com/NYCkMNbv7U

Here you can change the settings for the providers whose content you want to view. These providers
may set cookies and collect information about your browser and other criteria determined by the respective provider.
Further information can be found in the privacy policy.

If you look at social media, you will also find numerous more optimistic posts. Especially in the crypto community, the joy is great. “I just went to McDonald’s to see if I could pay in Bitcoin,” tweeted about Aaron van Widun. “Honestly, I did not expect this. But in fact they printed me a QR code that I could pay through. Now I enjoy my breakfast.”Others filmed themselves paying at Star Bucks or Pizza Hut. Enthusiast Jack Mallers literally celebrated the president and his decision. “It’s a small step for Bitcoin, but a giant leap for humanity.”