Tips of an expert
Can sex toys for couples inspire love life (new)? 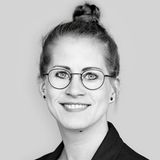 From phallic symbol to designer piece: the times when the possession of sex toys was something offensive have long been passé. Regular use is commonplace for both women and men – but does this also apply to relationships? And can sextoys improve love life? The star asked.

Meanwhile, more and more people are using sextoys. According to a recent statistic, as many as 60 percent of the surveyed women and almost 50 percent of the surveyed men. However, how often sex toys enrich the love life of couples is not clear from the statistics. Especially in long-term relationships, it is often considered a miracle cure for a fallen asleep sex life. But are pair vibrators and Co. really the solution? How to use sextoys for yourself and what are the biggest beginner’s mistakes, Ann-Marlene Henning, renowned sexual and couples counselor, tells the star in an interview.

“For many, it is strange at first”: (S)Expert tips of a sexual and couples counselor

She is one of Germany’s most famous sex therapists and is a master of her subject – more precisely of her subjects (sexology and couples therapy): Ann-Marlene Henning. The sexologist supports couples in finding solutions for sexual lulls, sexual displeasure or sexual desires. To improve the love life that may have fallen asleep and to rediscover the fun of sex. Whether sex toys for couples should play an important role in this, she answers in the following interview.

Mrs. Henning, why do some couples have fear of contact when it comes to sex toys?
For many couples, the topic has a negative connotation. Sex toys often come into conversation when the feeling arises that the normal sex life would no longer work out or no longer suffice. The motivation why it is used plays a big role. If, on the other hand, a couple looks positive, playful and curious about the matter, it looks the same friendlier: So sex toys can be a good stimulus for your own sex life.

What sex toy would you recommend to couples who have no previous experience with it?
I would recommend a sex toy without a motor. And make the proposal, only with OilTo play creams and feathers etc. Only when the couple has detached themselves somewhat from the conventional choreography of their sex, other things can literally come into play. I have developed my own intimate erotic game for couples who have not really felt each other for a long time. It starts with small, short conversations and leads to small, fine touches. The conclusion of the game is developed by the couple themselves – whether it comes to sex or not is entirely up to them. In general, I am always interested in feeling yourself and the other.

Would you encourage couples to incorporate sex games into their love lives?
Sex therapists hardly try to encourage couples to integrate sex toys, because the body’s own is more important. Sex toys can not wake up a fallen asleep love life. If a bored couple is looking for the solution to their sex lull over toys, it will remain with a short flare-up, and already everything is as boring as before. It is important to build up more knowledge about your own body and that of your partner. That is in the foreground.  Only after that can toys be added. Especially with older men, for example, who can no longer achieve a sufficient erection after a prostate disease, toys can be a temporary help, for example, to spoil your own woman with sexual intercourse. For example, with a Strap-On or a Dildo.

What are the typical beginner mistakes many couples make when it comes to sex toys?
The typical beginner’s mistake is to assume that everything will immediately get better as if by itself. The reality is often different. For many, it is strange at first to fiddle with plastic or silicone parts in bed. Motors hum, everything vibrates. As always, a good dose of humor helps. Little by little you get used to it and can relax, then you can start trying out and “playing”. Another mistake is that both partners get used to the enormous vibration and hum so much that after that nothing goes without. As I often mean: tongue, fingers or penis do not vibrate.

Study: How much sex do Germans have

In September 2020, a new study on “Health and Sexuality in Germany” (GeSiD) attracted media attention. It was carried out by the University Hospital Hamburg-Eppendorf (UKE), the Federal Centre for Health Education (BZgA) and the Social Research Institute Kantar. This involved 4,955 adults (of whom 2,336 were men and 2,619 women) between the ages of 18 and 75. The result is, among other things, that 42 percent of respondents consider the use of “dildos or vibrators” to be an unusual sex practice. Which supports the statements of Ann-Marlene Henning about the fear of contact with sextoys. And what about the sex life of the respondents? This is also clear from the study: around a fifth of respondents said that they had last been sexually active more than four weeks ago. In terms of frequency, women and men between the ages of 18 and 35 reported having sex an average of five times a month. For the 36-to 45-year-olds, it was still four times a month and for the 46 – to 55-year-olds 45 times for the whole year. So on average also four times a month.