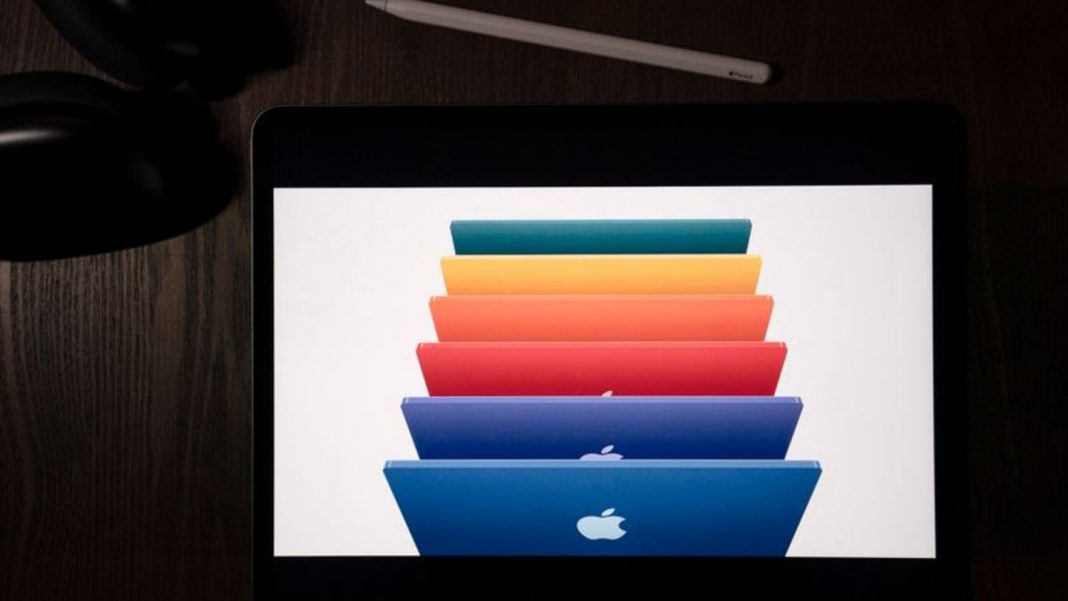 The years of development of its own chips pay off for Apple: the iPhone group can excel with a thin iMac desktop. In addition, Apple devices worldwide should work together to find lost items.

Apple is flexing its muscles: Thanks to chips from its own development, the group is challenging the PC competition with an innovative desktop computer.

The new iMac is only 11.5 millimeters thick-thinner than many monitors without a computer inside. According to Apple, this is made possible by the switch from Intel processors to the in-house M1 chips. This could, among other things, drastically save space: instead of a voluminous cooling system, only two small fans are necessary.

Another advantage of the M1 chip is that it shares a technical platform with the iPhones, which facilitates the interaction of apps. The keyboard of the device gets for the first time a fingerprint scanner as with the Macbook notebooks. The Display is 24 inches between the smaller and larger model. The price from 1445 euros is comparable to what Apple wanted for an iMac so far.

The M1 chip also enters the new generation of the iPad Pro tablet computer. The larger model with a 12.9-inch screen also gets a significantly improved display with a higher contrast. The iPad has become an important source of money for Apple as it works and learns from home during the corona pandemic. In the last Christmas quarter alone, iPad sales rose by a good 40 percent year-on-year.

Apple also presented the long-awaited AirTags at the event – small plates that can be attached to objects such as keys to quickly find them again. Apple thus competes with established providers of technology such as Tile.

Apple already has the necessary infrastructure for this with an in-house tracking network that connects to the app “Where is?”is connected. Apple devices scattered all over the world help find the lost items near you. The communication for this is encrypted and anonymous, stresses Apple. “AirTag was designed to track objects, not people.”Newer iPhones with an on-board ultra-wideband radio chip can pinpoint objects equipped with AirTags with particular precision.

About ” Where is?”until now, only Apple devices such as iPhones or AirPods earbuds could be located. A few days ago, however, Apple opened the network to other manufacturers-including a supplier of electric bicycles. Competitor Tile criticized the possible entry of Apple into the business as unfair competition, because the group would get because of the iPhone, a preferred Position. Apple set the AirTag price at 35 euros – just as much costs the most expensive model of the tracker of Tile. Smartphone market leader Samsung also recently presented its similar trackers.

Other announcements included a new version of the TV box Apple TV with better picture quality and a new remote control – the old one was often criticized for a touch field, on which one clicked easily. Apple also introduces a subscription model for podcasts. Authors can only make individual episodes accessible to paying users. Subscription customers could also listen to podcasts without advertising. Apple has greatly expanded its subscription services business in recent years. The most important product of the group remains the iPhone, which brings in more than half of the revenues.