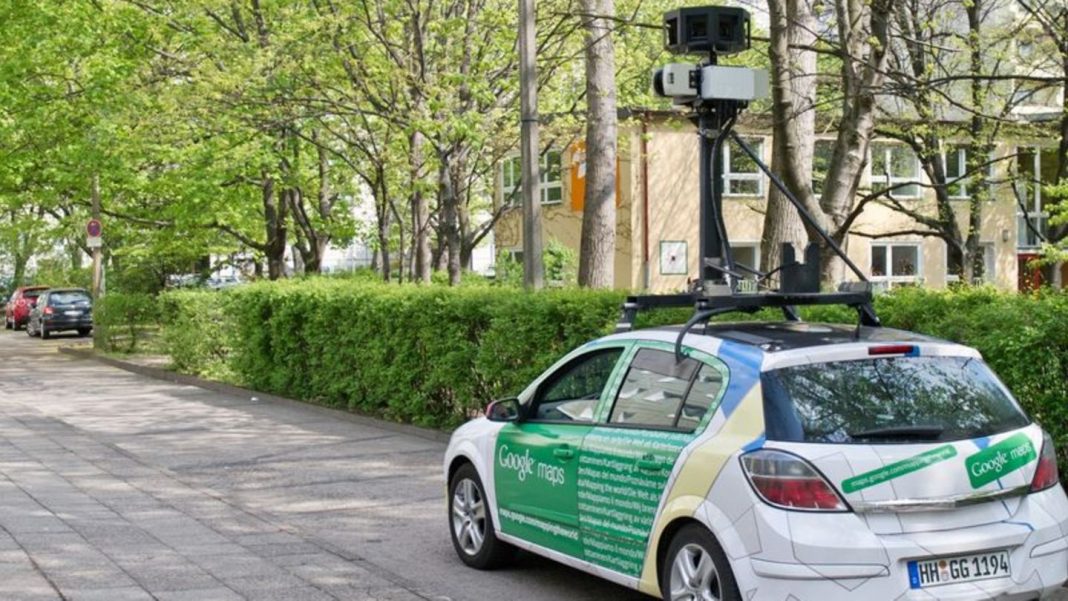 Ten years ago, the whole of Germany, discussed heatedly about how you can save privacy in the digital world. The controversy was sparked in the camera cars, the for Google houses photographed facades. Critics of the time see, in the meantime, other risks.

The colorful Google cars with the eye-catching camera-bodies driving around now in some 90 countries around the world. Millions of panoramic images allow Google in its maps a virtual environment.

Almost 20 million kilometers have left the car. Google Street View, but it also includes views of the underwater coral of West Nusa Tenggara in Indonesia or in America’s natural wonder the Grand Canyon.

On the streets in this country, the camera is not seen-the car, however, already for a long time. In the panorama, a service of Google Germany, consists mainly of white spots. And there, to see where something is, not been updated the images since 2011.

Google Street View went to Germany ten years ago, at the Start. 20 large cities should be on 18. November 2010 the beginning of make, smaller quickly follow. However, the Expansion soon came to a Halt, because the service is one of the strictest data protection debate since the dispute over the census at the beginning of the eighties had happened.

The then Minister for consumer protection Ilse Aigner (CSU) painted of the possible consequences in dark colors on the wall: “I can look at on the basis of such services, where and how someone lives, what private preferences he or she has, as its front door is secured or what are the curtains on the Windows – and it has even Rank.” Thus, the Private, without protection, will dragged in the global Public.

The digital Association Bitkom speaks in retrospect of the “excitement and hysteria”, which at that time prevailed. For decades, the publication of images of public space is allowed and usual to have been. “Now this should be specially forbidden with a view to card services, a separate law was announced,” recalls Bitkom managing Director Bernhard Rohleder.

The Bitkom criticized today, the pressure data have provided conservationists, that the Freezer of all the images of the respective building, or the building had to be part of the service providers to permanently and definitively deleted. “This has, among other things, with the result that the recordings for example, after the tenant or owner change can not be restored.”

The former Federal data protection Commissioner Peter Schaar sees today the launch of Google Street View as a point where very many people for the first Time had realized that they could not escape easily from the Internet. “You have to recognise that digitisation is you, regardless of whether they have a Computer or not, whether they are digital savvy, or whether they are still in the analogue age.”

Schaar reminds you that Google made a serious misstep: The camera car handles at that time, also data from unprotected Wi-Fi networks. Google said it was a mistake of a developer. Schaar holds the for an protection assertion. Google have apologised for the Wi-Fi detection, recall the behavior of the diesel scandal. “The illegal shutdown of the facilities has been a failure of individual engineers, the behavior returned.”

In spite of the sharp criticism of the Google service data protection Schaar believe that there are much more serious intrusions into privacy as a Street View. “I mean to collect the data, which happens, so to speak, unnoticed, behind the screen. When I surf, when I use the digital services or Apps, the threat to my privacy in case of doubt, more than homes photographed facades and these shots are widely used on the Internet.”

Was launched Street View in may 2007, initially in the United States. Google quickly realized that human faces and car should be done automatically indicator unrecognizable. Long the subject of controversy, from houses covered should be facades with a virtual veil – and who has to decide to: owner or current resident. At the end of an agonizingly long debate on the “Pixel-Burka” could the both groups.

In Germany 244 000 households applied for at the time, to make their homes unrecognizable. Google said at the time, nearly three percent of the households had requested a pixelation. The cost of this, however, was apparently so great that Google refrained from trips to other camera. Only smaller Prestige projects such as the exploration of the Munich Allianz-Arena or the Elbphilharmonie in Hamburg, the Street View cameras brought again from the closet.

Nevertheless, cars still drive constantly on German roads, the capture of your surroundings. They come from the cards specialists such as TomTom or Here, as well as Tech companies like Apple and Google. “The purpose is not to draw a card or to generate a virtual world that can look at the person,” explains the business consultant Kersten Heineken, who is a Partner at McKinsey, the Center for Future Mobility in Europe. Instead, the aim is to generate high-precision maps that can be read by machines and Autonomous Driving possible.

Data protector Schaar argues well for this, also for the new digital mobility world to define a set of rules, wherein the privacy is maintained. “Digitisation can only be ultimately successful and sustainable if there is acceptance and trust are present. That was ten years ago when Google Street View of the case.” Digitization and data protection belong together and should in fact be no opponent, he says. Google Street View is also an example of this is that you can find solutions to connect the digitisation and privacy to each other. “Whether the solution found to pixelize certain shots, was really so wise, that’s debatable, of course.”

Bitkom managing Director rawhide regrets until today, the online news footage is missing, for example, for emergency operations of the fire Department. “We hope that Germany may step-by-step to a new way of dealing with card services and also the public on the Internet showed what is already public: the public and accessible to all public space.”