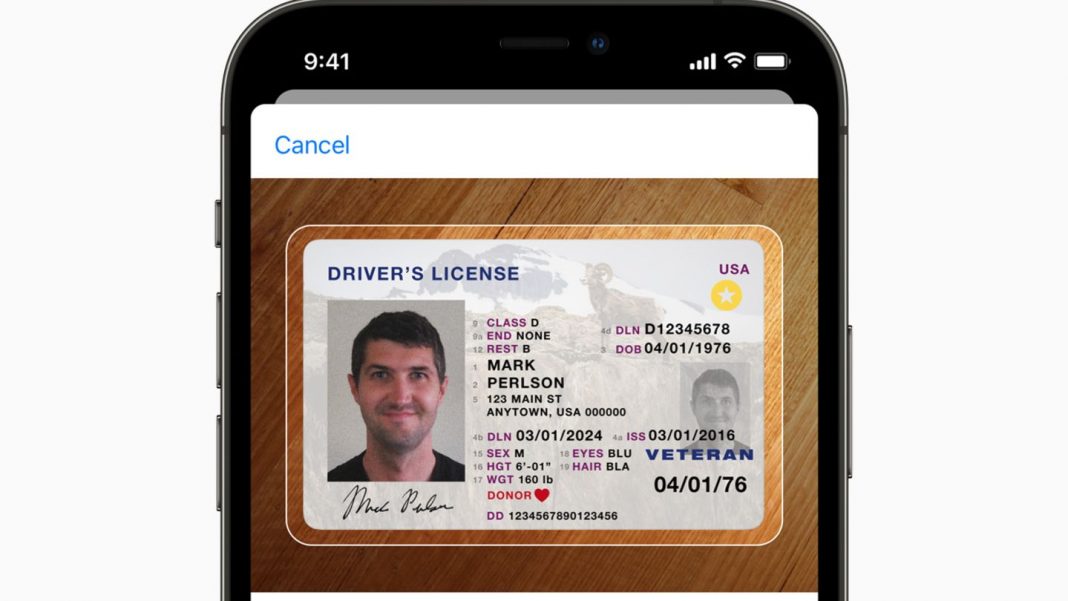 Nationwide introduction planned
To reduce travel stress: Apple users in the US can use digital driver’s license and ID

Apple has announced that it is now possible for iPhone owners in some states of the USA to take a flight or car trip without identity documents. In the future, it will be enough to show his mobile phone.

Technology company Apple said Wednesday that iPhone and Apple Watch users in eight U.S. states will soon be able to keep and use a digital version of their driver’s licenses and government identification documents on their devices, NBC – which first reported the announcement – wrote on its website.

Apple’s new product is an expensive keychain. And he’s awesome

It starts with Arizona and Georgia, followed by Connecticut, Iowa, Kentucky, Maryland, Oklahoma and Utah, Apple said in a press release. “The Transportation Security Administration (TSA) will activate selected security checkpoints at participating airports, as customers there will be able to use their driver’s license or state ID in digital form for the first time,” Apple said.

The technology giant explains that the process of adding an ID will work similar to that of adding a credit card. However, in addition, during the setup process, users would also be asked to perform a series of facial and head movements to prevent abuse. Jennifer Bailey, vice president at Apple, said the company hopes to add more states to the program soon.

Moving snapshots: These photos show impressively what is possible with smartphones today

“We are pleased that the TSA and so many states are already on board to enable travel across the country that requires only the iPhone and an Apple Watch, and we are already in discussions with many more states to achieve the goal of being able to offer this nationwide in the future,” she summed up.

Connecticut Governor Ned Lamont said in a statement that the state sees Apple’s adoption of digital IDs as another step toward modernizing its state administration: “We are pleased to be one of the first states to work with Apple to digitally provide driver’s licenses and government ID cards, and we look forward to taking the next steps to ensure that this new feature benefits our residents.”