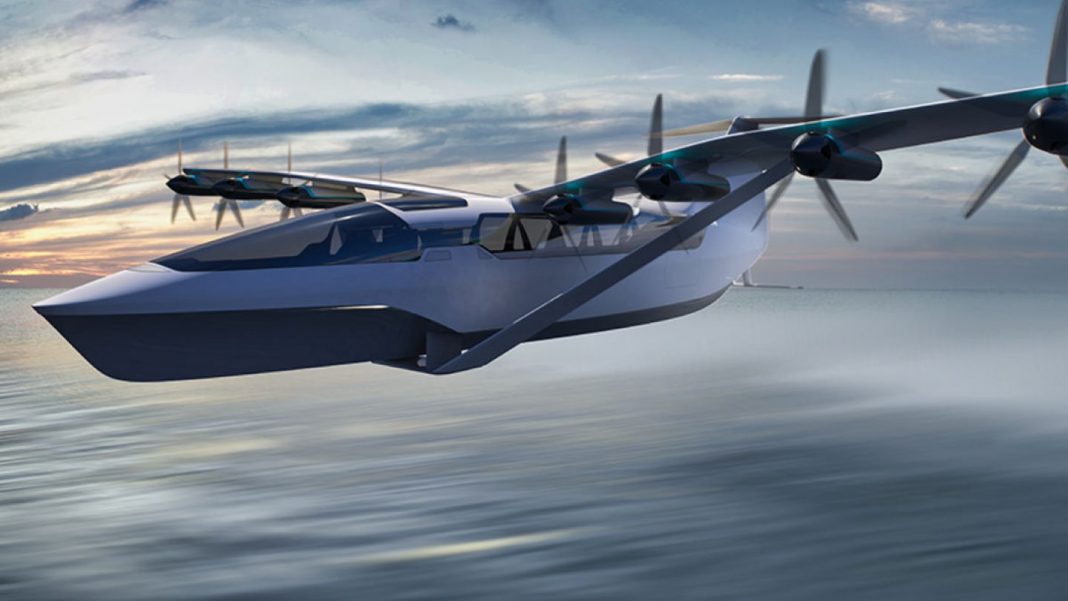 Flying at 290 km / h just above the waves: so the Seaglider is supposed to connect islands and coastal cities and all without fossil fuels.

Flying really CO2-free is a big challenge. Even with trucks and cars, the carrying of the batteries leads to a noticeable increase in weight, with an aircraft this applies even more. One solution is ekranoplane, so-called ground effect aircraft. The US company Regent has presented such a model, the Seaglider. It claims to have already received pre-orders for 465 million US dollars.


Just above the waves

A ground effect aircraft rises just above the ground and “rides” on a type of rotating air wave that it generates with its stub wings. This cushion between the floor and the plane means that an ekranoplan has to spend much less energy than a real plane. In the USSR most ekranoplanes were built. First for medical and courier services along the great streams, later very large military ekranoplanes were built. They used the ground effect to transport a very high payload of rockets.

If travel is possible again

Train instead of plane: this is what our reporter experienced on the long journey to Florence

Today’s plans aim above all to achieve a high speed on the water without being subject to the restrictions of air traffic. The disadvantage of the Ekranoplan is that it can only be used over flat undeveloped terrain, in practice these are water or ice surfaces. An Ekranoplan therefore competes more with boats and ferries than with airplanes.

Fast entry into the e-age

The seaglider can start from a normal pier, then it sails like a ship on the open water and accelerates there. It should reach a top speed of 290 km/h. The range with today’s battery technology is 290 kilometers, but should increase with the advances of battery technology.

The company wants to operate specifically between major hubs such as Boston and New York, Los Angeles and San Francisco and also serve shorter and more lucrative routes such as from New York City to the Hamptons or between the islands of Hawaii. Compared to a ferry, the Seaglider would be much faster and it does not need an airfield and no air rights. Noise pollution is also low, close to the target the Seagilder can go into boot mode.

In Russia, designs of larger ekranoplanes are regularly presented, which can quickly transport large loads across the sea. A desired customer would be the Russian military, but so far no order has been placed. However, the really big market for ekranoplane would be the islands of the Pacific, where a small water taxi is already being built. The Airfish 8 (“This air-water taxi is based on the design of Hitler’s rocket builder”) is based on research by Dr. Alexander Lippisch.

From bird strikes to altitude tests

So extensively aircraft are tested before sale

Today Lippisch is largely unknown, but belongs to the great aircraft designers of the 20th century. He is considered the “father” of the Delta wing. During the Second World War, the Messerschmitt Me 163 “Comet” missile interceptor was based on its “Project X”. After the Second World War, the record-breaking Convair XF-92, the Jäger Convair F-106 and the supersonic strategic bomber Convair B-58 were derived from his designs.

The Seaglider is unique in that it is the first model to be driven purely electrically.

Seagull-2-Russia’s new attempt at an Ekranoplan