Cell Broadcasting: Warning SMS to all is not supported in Germany-why? 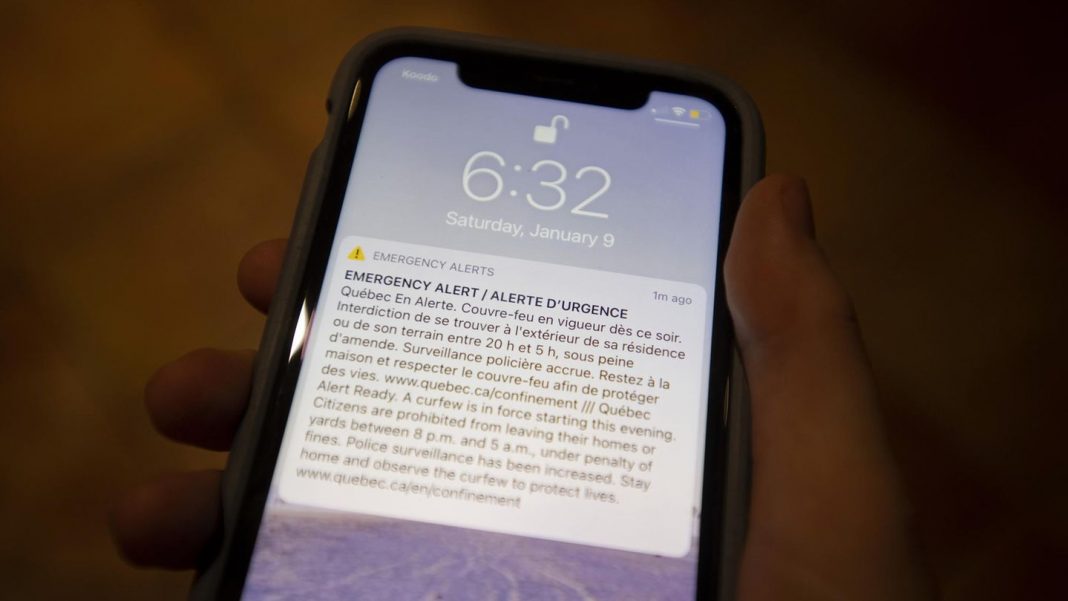 Civil protection
Cell Broadcast: Warning SMS to all is not supported in Germany-why?

Cell Broadcast technology can reach almost all citizens with a single message. This would be extremely helpful, especially in civil protection. Nevertheless, it is not supported in Germany. But a rethink is taking place.

The water is slowly receding, but the consequences of the flood disaster, which cost the lives of at least 170 people, will occupy the Federal Republic for a long time. One of the most important questions: could an earlier warning have prevented the worst effects? This also involves the introduction of a system that other countries have long used: the so-called cell broadcast.

Put simply, this is a mixture of SMS and loudspeaker announcement. Like the classic short message, a short text message pops up on the display of mobile devices during cell broadcast. The most important difference: While the SMS is sent to a single number, the Cell Broadcast distributes the message indiscriminately to all mobile devices that are currently logged into the cell.

This has decisive advantages. On the one hand, you can specifically warn certain regions of an impending danger, depending on the need in the size of a few blocks of houses up to entire regions or even nationwide. On the other hand, you can reach all the people who are staying there – even those who are only visiting there. And this with protected privacy: due to its functionality, the system does not require individual telephone numbers, the recipients remain completely anonymous.

Because the cell broadcast works like an SMS, it can also be received even if the person only has a classic mobile phone and not a smartphone. Since it is a one-sided sending operation, the message is displayed even when the networks are overloaded by telephone calls or Internet services. These are great advantages over warnapps such as” Nina “or” Katwarn”, which require a smartphone and a working data connection.

Already in use in other countries

In fact, this is not a technical theory. Cell Broadcast is already anchored in the mobile radio standards as a basic function, supports all currently used radio standards from the outdated 2G to the current 5G. The systems have long been in use in many countries. In Japan, Cell Broadcast warns of impending earthquakes, Canada, New Zealand or the Netherlands also use the systems. In the US, Donald Trump issued the first “presidential warning” at the end of 2018. Since then, technology has been used there to warn of tornadoes and similar disasters.

In Germany, however, they did not want to use the technology for a long time-on the contrary. When the EU decided last spring to implement the standard across Europe by next year, Germany fought to ensure that apps such as “Nina” or “Katwarn” were considered a sufficient replacement.

It is only after the flood disaster that things start to move. “My goal is to use a feasibility study to determine whether the introduction of cell broadcast makes sense and is feasible, “Armin Schuster, head of the Federal Office for Civil Protection and Disaster Assistance (BBK), told the”Redaktionsnetzwerk Deutschland” on Monday. “I don’t see any arguments that speak against it completely. However, a number of issues need to be discussed.”He expects a result in the fall.

Support is also growing in politics. Last year, the Green Party and the FDP demanded that the technology be tested. Now even Transport Minister Scheuer called for the introduction at” Bild”. “I am in favour of allowing these push messages to reach citizens via the mobile service providers. But that has always failed because political will has been lacking in some places.”

Why did Germany stand out?

The exact reasons for this are not publicly known. But there are clear indications. The Federal Network Agency explained, for example, last year that the German Telecommunications Act does not provide for being able to oblige network operators to send warnings. A change “does not correspond to the philosophy of the Ministry of Economy”, reported “T-Online”.

Costs may also have played a role. The introduction would cost at least 20 to 40 million euros, Schuster believes. The costs arise because the required technology is defined in the standards also used in Germany, but has not been used in the German networks so far, confirmed the network operators at the request of the star.

You have to start from scratch and implement the technology in each transmission tower individually, explained a spokesman for one of the telecommunications companies. None of the providers wants to comment on the exact costs. It would depend on the exact requirements. On the one hand, a system for warning would have to be set up in principle, in addition to costs for the ongoing operation of the system. Technically conceivable special functions such as an alarm sound with muted devices would also cost.

Nevertheless, the network operators emphasize their willingness to implement a corresponding system if desired. Many details need to be clarified. Who then runs the system at the end, who is allowed to send messages and how they end up on the mobile phones, is still completely open. In the US, for example, even municipalities can send the news, whether this will also be possible in Germany is ultimately a question of implementation. Even technically, many things are still unexplained, according to providers. For example, whether smartphones offered for the German market support the function as requested or there must first be an update. According to industry circles, they want to meet for the first time on Friday.