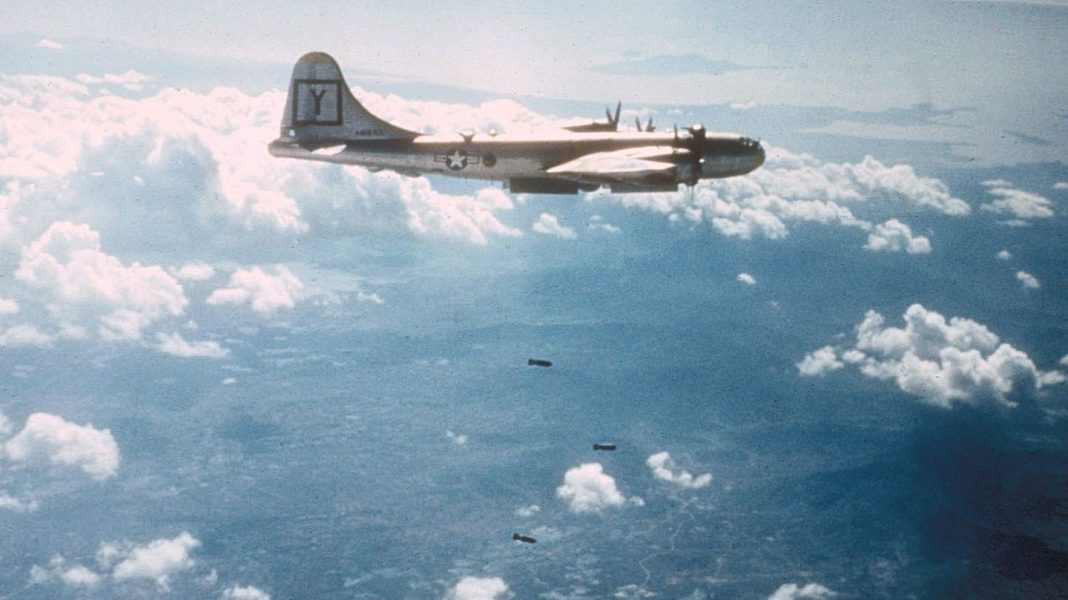 Korea War
“Black Thursday”: how the Soviets took the “superforts” of the US Air Force from the sky

The pilots of the US Air Force ruled the skies unchallenged-until Stalin’s pilots in MiG-15 jets confronted them over Korea and inflicted humiliating defeats on the Americans.

The West likes to assume that the jets and pilots of the USA are superior to those of Russia. Real battles have not taken place for decades. But already in the Second world war, the list of the most successful fighter pilots is different. No Allied pilot can match Erich Hartmann (352 kills), Gerhard Barkhorn (301 aerial victories) or Günther Rall (301) and the most successful Allied fighters do not come from the West either. They are pilots of the Red Army. Nikolay Dmitrievich Gulayev recorded 60 aerial victories, Aleksandr Ivanovich Pokryshkin 59. The best pilot in the USA, Richard Bong, shot down 40 Japanese aircraft.

Photo gallery-Mig-15, the fighter of the US bombers

In the Second World War, the Soviets and Americans fought on one side, and were to meet again over the Korean peninsula. And the meeting ended in shock for the US. A particularly traumatic event was the “Black Thursday”, April 12, 1951. In order to avoid losses of ground troops, the USA relied on large-scale bombardment. Three squadrons of B-29 Superfortress bombers took off. The B-29 was the most modern bomber of the Second World War. With machines of this type the atomic bombs were dropped over Hiroshima and Nagasaki. In 1945, Jäger and Flak were practically unable to attack the aircraft because of its altitude. Over Korea and six years later, the Air Force was more cautious. The bomberpulk was protected by about one hundred fighters of the types F-80 Shooting Star and F-84.

When the superbomber B-29 brought the atomic bombs to Japan

Because the Americans were warned. A few months earlier, on 1 November 1950, ten American F-80s met three Soviet MiG-15s; one aircraft had to return to the airport due to fuel shortages. The Soviets were able to outmaneuver the US pilots. Lieutenant Semyon Khominitsch attacked the leadership group alone and shot down an F-80. The pilot Major Frank L. Van Sickle died. Two more F-80s were damaged, but the Russians had to stop the fight because of the fuel. The first battle of jet fighters ever ended with a clear defeat for the USA.

The bomber squadron of the “Black Thursday”was attacked by three squadrons of MiG-15. Only 30 fighters fell on the bandage with almost 140 aircraft. Among the pilots were trained veterans of World War II. Sergey Makarovich Kramarenko shot down an F-84 Thunderjet. He had volunteered as a supporter of the cause of North Korea, he remembered as an old man on Russian TV. Voluntarily, like all other pilots of his unit. Officially, the USSR did not participate in the war. Korean and Chinese national plates were placed on the machines. In the radio, the pilots should communicate with Korean code words for camouflage. This did not work in combat, so the Americans knew who was facing them.

The “duck” and the” monster ” were to crush Nato fleets


Machine of a new era

The US fighters of the types F-80 Shooting Star and F-84 Thunderjet were clearly inferior to the Soviet MiG-15. It looked different with the F-86 Sabre, it was more agile, but weaker armed than the MiG-15, which had a higher firepower. In the Second World War, the bombers of the USA had reduced Germany to rubble. The Soviets had therefore practiced how to eliminate such bomber fleets. Designed as an interceptor, the MiG-15 could rise faster and higher than the US jets. It could reach 4000 meters more than an F-84. The Russians now came down in group attacks from above on the bomber pulk of the B-29. In diving they reached a speed at which the US hunters could not keep up.

The cumbersome bombers were an easy target, according to Kramarenko. He calls them” flying barns”, only the hunting protection had to be dispersed. On black Thursday the best pilots should take care of the hunters. “I identified the commander’s plane in the Thunderjet squadron and opened fire. One volley passed behind the rear of the American aircraft,the second hit the target. The F-84 began to smoke and began to fall. Then we finger at the US hunters trying to get out of the fight. Their pilots could no longer think of protecting the bombers.”

Flaktürme-Fortresses against the Allied bombers

“We flew over the bombers. The MiGs opened fire against “superforts”. A B-29 lost a wing, the plane broke into pieces. Three or four planes caught fire. The crews left the aircraft. Dozens of Parachutes hung in the air. The fight just got underway … some crews turned back. Four other forts collapsed, they did not make it to their home base.”

Only one saved the surviving bomber pilots. The B-29 could take a lot of hits from the machine guns before it crashed. “One plane had a hundred holes. But there was no serious damage, not a single bullet hit the nose with the Cockpit.”

Without their own losses, the Soviets shot the heavy bombers out of the federation. As long as they had reached the sea and the saving anti-aircraft protection of the US Navy. The USSR claimed 12 bombers shot down and five US fighters, the US claimed three total losses and seven badly damaged aircraft.

Along the operational zone of the MiG fighters over the river Yalu there were repeated battles. On” Black Tuesday”, October 23, 1951, the pilots of both sides met for the biggest air battle after the Second World War. In September, the Soviets began to establish airfields further south for their jets, which would have expanded their range of operations. So the newly created airfields of the MiGs should be destroyed before they would be operational. Night attacks were unsuccessful, so nine B-29s were to carry out the mission with strong fighter protection. But MiG-15 appeared in large numbers, only six of nine B-29 bombers made it back to Okinawa. Never before had the US Air Force lost such a high percentage of bombers in just one mission. The tide in the skies over Korea only turned when Stalin ordered his own pilots to withdraw and far worse-trained pilots from China and Korea took over the aircraft.

The “duck” and the” monster ” were to crush Nato fleets

Bombing of Guernica – the birth of the modern air war

Flaktürme-Fortresses against the Allied bombers